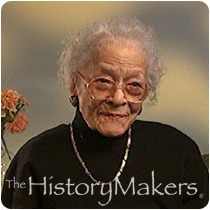 Favorite Color:
Pink
Favorite Time of Year:
June
Favorite Quote:
Whatever Will Be Will Be, The Future's Not Ours To See, Que Sera, Que Sera.

Favorite Color:
Pink
Favorite Time of Year:
June
Favorite Quote:
Whatever Will Be Will Be, The Future's Not Ours To See, Que Sera, Que Sera.

See how Ethel Darden is related to other HistoryMakers

Educator Ethel Darden was born Ethel Roby Boswell on February 17, 1900 in Dallas, Texas. She and her twin sister, Esther, were the youngest of the five daughters of two school teachers, Ella Mary Allen and Charles Roby Boswell, from Talladega, Alabama. In 1890, her parents moved to Dallas, Texas and by the turn of century had three daughters: Alberta, Bessie and Doris. Darden attended Washington Elementary School (School #2) and graduated from Dallas Colored High School in 1917. The twins attended historically black Wiley College, in Marshall, Texas and Darden graduated in 1921.

Teaching school in Dallas for nearly two decades, she married Lloyd Darden, a successful accountant in 1942 and moved with him to Chicago where her sister, Doris Allen enlisted her as a teacher in Howalton Day School, where she was a founder. An outgrowth of Oneida Cockrell's pioneering pre-school and kindergarten, the Howalton Day School (1947-1986) was founded by three black educators: June Howe-White, Doris Allen-Anderson, and Charlotte B. Stratton. The name of the school is from a combination of the founders' three last names. Chicago's oldest African American, private, non-sectarian school, Howalton's educational philosophy stressed discovery, enthusiasm, creativity, the arts and the humanities in an informal, controlled atmosphere. Howalton started with 23 students at its height grew to over 200 students from kindergarten to eighth grade. Progress reports were given at teacher/parent conferences and teachers led by Irma P. Johnson and Elizabeth Jones were committed to teaching phonics. Using John R. Malone's unifon alphabet and trained by Dr. Margaret Ratz, Howalton, as cited by John Culkin in the New York Times of July 20, 1977 demonstrated the highest first grade reading scores in the Chicago area from 1974 to 1975. Dr. Frances Horwich, chair of Roosevelt University's Education Department who starred as "Miss Frances" in NBC's "Ding Dong School" also consulted with Darden and Howalton staff members.

Darden often sacrificed her pay to help keep the school afloat. Fundraisers such as a Grace Bumbry concert and a benefit dinner featuring Dr. Andrew Billingsley subsidized revenue and united parents and teachers. Due, in part, to increased black acceptance into better-funded accelerated private and public school programs, Howalton closed in 1986. Darden and Mildred Johnson donated historical material to the Vivian G. Harsh Research Collection of the Chicago's Carter G. Woodson Regional Library's "Howalton School Archives" in 1996. Darden, who is now over one hundred years old, is active, watches her diet and attends church and social events. She is the only surviving member of her family.

See how Ethel Darden is related to other HistoryMakers
Click Here To Explore The Archive Today! 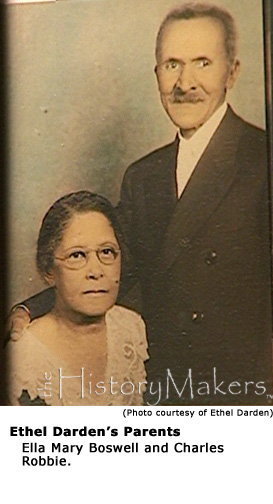 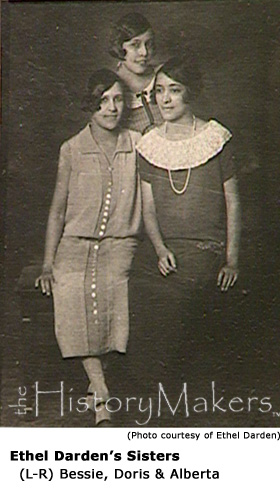