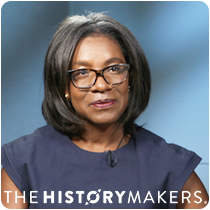 See how Erika George is related to other HistoryMakers
Donate Now

Professor Erika George was born on July 8, 1970 in Chicago, Illinois to Betty Ann Zeno George and Alton Lloyd George. George graduated with her B.A. degree in politics, economics, rhetoric, and law with honors from the University of Chicago in 1992, and earned her M.A. degree in international relations in 1993. In 1996, George received her J.D. degree from Harvard Law School, where she served as articles editor for the Harvard Civil Rights-Civil Liberties Law Review.

Upon earning her law degree, George worked as a litigation associate at Jenner & Block in Chicago, clerked for Judge William T. Hart on the U.S. District Court for the Northern District of Illinois, and worked as a litigation associate at Coudert Brothers in New York City. In 1999, George accepted a fellow position at Human Rights Watch in New York City. She conducted research in South Africa on human rights, violence against women, and the HIV/AIDS epidemic, composing a book length report called “Scared at School: Sexual Violence Against Girls in South African Schools.” In 2003, George became an assistant professor of law at the University of Utah in Salt Lake City, teaching courses on constitutional law, human rights law, civil procedure, and international environmental law. She became a full professor in 2008, and was promoted to Samuel D. Thurman Professor of Law in 2017. George also served as co-director of the Center for Global Justice at the University of Utah. In addition to serving as a visiting professor at the University of Cape Town in Cape Town, South Africa, George was also a visiting professor at Loyola University Chicago School of Law in 2010, and a visiting scholar at the American Bar Foundation in 2011. In 2015, George was appointed to the American Bar Association’s Center for Human Rights Board.

George received local and international recognition for her legal and civic contributions, including the 2008 Early Career Award from the University of Utah S.J. Quinney College of Law, and the Sexual Assault Awareness Month Award from the Utah Coalition Against Sexual Assault in 2014. George also received recognition from Salt Lake City’s Human Rights Commission and the mayor’s Office of Diversity and Human Rights. She was honored for her work on the Migrant Women Project by Zion Bank at the 2017 Sundance Film Festival “Women’s Celebration Lunch” in Park City, Utah, and her research was featured by the Institute of Human Rights and Business. She was also elected to serve on the Pacific Council of International Policy. She has spoken at numerous United Nations human rights discussions, and authored over forty articles on topics ranging from human rights, women’s rights, environmental policy, business law, and corporate responsibility, appearing in the Michigan Journal of International Law, the California Law Review, and the New York University Journal of International Law and Policy.

Erika George was interviewed by The HistoryMakers on January 15, 2018.

See how Erika George is related to other HistoryMakers
Donate Now