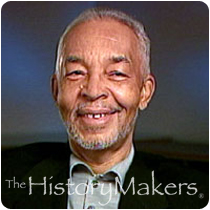 See how Eric Werner is related to other HistoryMakers

Distinguished photographer Eric Werner began his career in the 1970s after returning from Vietnam. He participated in a community film workshop between 1970 and 1973 and received his A.A. in 1977 from Olive-Harvey College. Between 1979 and 1980, Werner attended Governors State University and earned his B.A. and some credits toward his master's degree. He was also inspired by a Friends of Photography Ansel Adams Advanced Photographic Workshop he attended in 1979.

From 1971 to 1977, Werner worked at a school photography company, Art Color Photographers, after which he directed and headed a multimedia production company, Centric Media Productions, for two years. Between June 1981 and November 1983, Werner worked as a staff photographer for Andrew Corporation. Then in 1984, he launched his career as a freelance photographer servicing corporate, private and nonprofit clients. His work has been displayed in numerous individual and group shows and is featured in various public and private collections, such as those of Michael Jordan, Gwendolyn Brooks, the Chicago Urban League and Allstate Insurance Company. Werner's photography has been published in many magazines and newspapers and his client list includes many high-profile companies and organizations, such as Proctor & Gamble, the Salvation Army, Quaker Oats Company, United Way, Coca-Cola USA., Coors and Citibank.

Werner has been honored with various awards for his work in numerous art and film festivals and photography contests. In 1990, he began volunteering as a photography instructor for the Chicago Park District. He founded the Picture This Camera Club to teach students the technical aspect of photography as an art form. He has also been appointed to the Jazz Unites Board of Directors and the Chicago Cultural Center Community Grants Board.

See how Eric Werner is related to other HistoryMakers
Click Here To Explore The Archive Today!