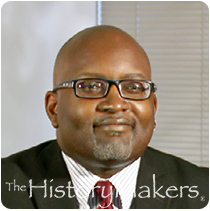 Journalist Eric Deggans was born on November 6, 1965 in Washington, D.C. He was raised in Gary, Indiana and graduated from Andrean High School. In the 1980s, while attending Indiana University, Deggans worked as a professional drummer and toured with Motown recording artist The Voyage Band. He received his B.A. degree in political science and journalism from Indiana University in 1990.

Deggans first held municipal reporting positions at the Pittsburgh Post-Gazette and Pittsburgh Press newspapers in Pennsylvania. He then served as the music critic for the Asbury Park Press newspaper in Neptune, New Jersey. In 1995, Deggans joined the Tampa Bay Times, then called the St. Petersburg Times, as its pop music critic. From 1997 to 2004, he worked as a TV critic for the Times, and, from 2004 to 2005, he sat on the paper’s editorial board and wrote bylined opinion columns. Deggans then returned to the Tampa Bay Times news desk, first as a media writer in 2005, then as the TV critic in 2006. In 2010, he made national headlines when he interviewed former USDA official Shirley Sherrod at the National Association of Black Journalists’ summer convention in San Diego, California. Deggans left the Tampa Bay Times in 2013 to take a job as NPR's first full-time TV critic.

Deggans served as chair of the Media Monitoring Committee for the National Association of Black Journalists, and sat on the board of directors for the national Television Critics Association and the Mid-Florida Society of Professional Journalists. In addition, he served on the board of educators, journalists and media experts who select the George Foster Peabody Awards for excellence in electronic media.

Deggans was named as one of Ebony magazine's "Power 150" in 2009. In 2013, he was awarded the Florida Press Club’s first-ever Diversity Award, and the National Association of Black Journalists’ Arts & Entertainment Task Force Legacy Award. Deggans also received reporting and writing awards from the Society for Features Journalism, American Association of Sunday and Feature Editors, the Society of Professional Journalists, and the Florida Society of News Editors.

Eric Deggans was interviewed by The HistoryMakers on September 12, 2014.