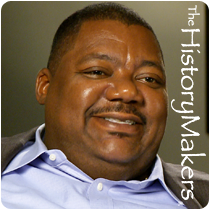 "Life Is Good. God Is Better."

Investment executive Eric Devon Carmichael was born on May 6, 1964 to Albert Leroy and Rosanne Brown in Columbus, Ohio. He graduated from Northland High School in Columbus in 1982. Carmichael then graduated with his B.A. degree in economics from the University of Pennsylvania in 1986.

In addition to his entrepreneurial and community development ventures, Carmichael served as a principal for Greentree Brokerage, a full service investment company, from 2000 to 2005. A year later, Carmichael was hired as senior vice president for Pacific American Securities.

In all, Carmichael had a total of more than 25 years in the investment banking and securities industry. During this time, he served clients throughout the United States, Caribbean and in countries in Africa and Western Europe. These clients included corporations, governmental entities and institutional investors. Carmichael assisted various entities in raising nearly $20 billion of capital. These funds were utilized to finance, projects such as airports, highways, housing water and wastewater projects, stadiums and convention centers.

He served as treasurer and trustee for the Greater Columbus Arts Council and the Columbus Urban Growth Corporation. He was the former Director of Columbus Housing Partnership, Community Shelter Board, Neighborhood House and was a trustee of Tabernacle Baptist Church.

Carmichael was interviewed by The HistoryMakers on April 2, 2012.