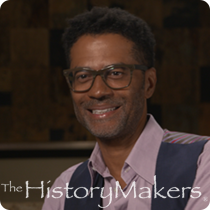 R&B singer and actor Eric Benét was born on October 15, 1966 in Milwaukee, Wisconsin. He attended the Milwaukee Trade and Technical High School. In 1990, Benét formed a group with his sister, Lisa Jordan, called Benét. After a hiatus, Benét signed a record deal with Warner Bros. Records in 1994 and released his first studio album, True to Myself, in 1996. In 1999, Benét released his sophomore album, A Day in the Life, with the single “Spend My Life with You,” featuring the Canadian artist Tamia. During this time, Benét also began his career in film when he guest starred on the sitcom For Your Love in 1999 and appeared in the film Glitter in 2001. Benét then signed a new record deal with Reprise Records and released his third studio album, Hurricane in 2001. In 2005, he portrayed Reece Wilcox on the series Half & Half. In 2007, he had a recurring role on the MTV scripted show Kaya. In 2008, he released the album Love & Life. Two years later, Benét released Lost in Time, which included the single “Sometimes I Cry.” In 2011, his second feature film role in Trinity Goodheart premiered at the American Black Film Festival. Benét released his 2012 album The One and his 2016 album Eric Benét under his newly-formed independent record label, Jordan House Records. He also signed the artists Goapele and Calvin Richardson to his label, and helped produce their records. In 2016, Benét guest starred in the show, Real Husbands of Hollywood.

After the devastation of Hurricane Katrina, Benét performed the song “Heart of America” with Wynonna Judd, Terry Dexter, and Michael McDonald to raise money for the hurricane victims. He also co-founded Mission Save Her, a non -profit dedicated to fighting against human trafficking, slavery, and sexual abuse of women and girls around the world.

Benét received three Grammy Award nominations in the R&B category for singles released on his albums. In 2000, he was awarded the NAACP Image Award for Outstanding Song for his performance of “Spend My Life with You.” Benét was also nominated for the Black Reel Award for Best Actor in T.V. movie/cable for his role in the film Trinity Goodheart.

Eric Benét was interviewed by The HistoryMakers on July 19, 2017.