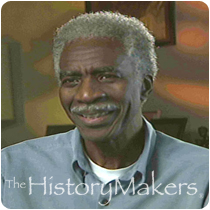 See how Emory Campbell is related to other HistoryMakers
Donate Now

Cultural heritage chief executive and author Emory Shaw Campbell was born on October 11, 1941 on Hilton Head Island in South Carolina. He attended elementary school on Hilton Head Island. Campbell travelled to the nearby city of Bluffton, South Carolina to attend Michael C. Riley High School where he graduated as class valedictorian in 1960. He received his B.A. degree in biology in 1965 from Savannah State College, and in 1971, he earned his M.A. degree from Tufts University in Boston, Massachusetts.

Campbell served as the Director of Community Service Education at the Beaufort-Jasper Comprehensive Health Services in Ridgeland, South Carolina for ten years before becoming Director of the Penn Center on St. Helena Island in 1980. The historic Penn Center, which opened in the 1800s to educate freed slaves, serves as a center to preserve the history and heritage of the Island.

During his tenure at the Penn Center, Campbell spearheaded efforts to create a family connection between the Gullah people and the people of Sierra Leone in West Africa. In 1988, he hosted Sierra Leone President Joseph Momoh at the Penn Center for the Gullah reunion and became an Honorary Paramount Chief in 1989 when he led the historic Gullah Reunion to Sierra Leone. A documentary of these two events has been produced for South Carolina Educational Television.

Campbell’s work to preserve the Gullah culture has led him to write several publications one of which is "Gullah Cultural Legacies." He also worked on a project to translate the New Testament of the Bible into the Gullah language. In 2005, he received the Carter G. Woodson Memorial for outstanding work. He retired from the Penn Center in 2002 and is the President of Gullah Heritage Consulting Services.

Campbell lives on Hilton Head Island with his wife, Emma. They have two adult children, Ochieng and Ayoka.

Emory Shaw Campbell was interviewed by The HistoryMakers on January 30, 2007.

See how Emory Campbell is related to other HistoryMakers
Donate Now
Click Here To Explore The Archive Today!