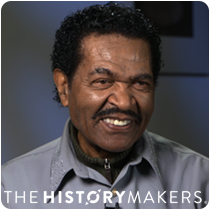 Favorite Color:
White, Green
Favorite Food:
Vegetables, Seafood
Favorite Time of Year:
Spring
Favorite Vacation Spot:
West Coast
Favorite Quote:
Do Unto Others Like You Wish To Be Done Unto You.

Favorite Color:
White, Green
Favorite Food:
Vegetables, Seafood
Favorite Time of Year:
Spring
Favorite Vacation Spot:
West Coast
Favorite Quote:
Do Unto Others Like You Wish To Be Done Unto You.

Blues musician Emmett “Bobby Rush” Ellis, Jr. was born on November 10, 1933 in Haynesville, Louisiana to Mattie Spivey Ellis and Emmett Ellis, Sr. He attended public school in Haynesville until he was eleven years old, at which point he halted his education to help support his family.

Ellis received his first guitar at seven years old, and was taught to sing and play music by his father. He aspired to become a blues musician after hearing the music of Muddy Waters and other artists on the radio. After leaving school at eleven years old, Ellis began working at a cotton gin to help his family financially. In 1947, Ellis moved to Sherrill, Arkansas with his family and found work as a sharecropper. He continued playing guitar during this time, and started his professional music career in 1950, when he played with Elmore James at a club in Arkansas. When he was eighteen years old, he migrated to Chicago, Illinois, and formed the band Bobby Rush and the Four Jivers, which included Pinetop Perkins, Freddie King and Little Walter. He began recording blues music at Chess Records, but was denied work after the Chess brothers learned that he could read. In 1954, he integrated the Bourbon Street nightclub and his band became a regular act there. He recruited comedian Dick Gregory to perform at Bourbon Street. Ellis met Jimmy Reed at Vee-Jay Records, and opened for Reed at a major Chicago venue in 1957. During the course of his career, Ellis befriended other popular blues musicians such as Muddy Waters and B.B. King. In 2015, he played at King’s final show, and performed a harmonica tribute when King passed away shortly afterwards.

Ellis has been widely celebrated for his role in blues music history. In 2006 he was inducted into the Blues Hall of Fame. The following year he became the first blues artist to perform in China, which earned him the unofficial title as the International Dean of the Blues. In 2015, he was the recipient of two Blues Music Awards in the categories of Soul Blues Male Artist and B.B. King Entertainer of the Year. The same year, he was inducted into the Official Rhythm and Blues Music Hall of Fame. Ellis won a Blues Music Award and his first Grammy Award in 2017 for his album Porcupine Meat, and received an award for Historical Album of the Year for Chicken Heads: A 50 Year History of Bobby Rush. His green-studded suit depicted on the inside cover of Porcupine Meat was donated to the Smithsonian Institute’s National Museum of American History.

Emmett “Bobby Rush” Ellis, Jr. was interviewed by The HistoryMakers on December 12, 2017.