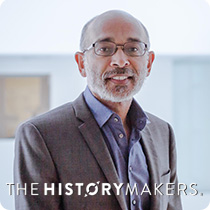 "Nothing is supposed to work."

Statistician, anesthesiologist and neuroscientist Emery N. Brown was born in Ocala, Florida to Benjamin Brown and Alberta Brown. After graduating from Phillips Exeter Academy in 1974, Brown enrolled at Harvard University and went on to earn his B.A. degree in applied mathematics in 1978 before spending one year as an International Rotary fellow at the Institut Fourier des Mathèmatiques Pures in Grenoble, France. Brown returned to Harvard University and graduated in 1984 with his A.M. degree in statistics, his M.D. degree in anesthesiology from Harvard Medical School (HMS) in 1987 and his Ph.D. degree in statistics in 1988.

Brown completed his internship in internal medicine in 1988 at the Brigham and Women’s Hospital in Boston and his residency in anesthesiology at the Massachusetts General Hospital (MGH) in 1992. Following completion of his residency he joined the anesthesiology staff in the Department of Anesthesia at MGH and the faculty at Harvard Medical School as an instructor. In 1999, he joined the faculty of the Harvard-Massachusetts Institute of Technology (MIT), Division of Health Sciences and Technology at HMS. In 2005, Brown was named a professor of computational neuroscience and professor of health and sciences technology at MIT. In 2006, he became the Massachusetts General Hospital Professor of Anesthesia at HMS; and, in 2008, he was named the Warren M. Zapol Professor of Anesthesia at HMS. Brown was internationally recognized for using statistics in the development of signal processing algorithms in order to study how systems in the brain represent and transmit information and for his use of functional neuroimaging to study in humans how anesthetic drugs act in the brain to create the state of general anesthesia. He has developed statistical methods to: study learning and memory formation; design algorithms for neural prosthetic control; improve signal extraction from fMRI imaging time-series; localize dynamically sources of neural activity in the brain from electroencephalography (EEG) and magneto-encephalography (MEG) recordings; measure the period of the circadian pacemaker (human biological clock) and its sensitivity to light; characterize the dynamics of human heart beats in physiological and pathological states; and de-noise two-photon in vivo imaging data.

Brown has been recognized for his work throughout his career. In addition to being one of the most cited African American mathematicians, in 2000, Brown won the National Science Foundation (NSF) Minority Career Advancement Award, a National Institute of Mental Health Independent Scientist Award, and in 2007, an National Institutes of Health (NIH) Director’s Pioneer Award. He has been named a fellow of several prominent professional organizations including the American Institute for Medical and Biological Engineering, the American Statistical Association, the American Association for the Advancement of Science (AAAS), and the Institute of Electrical and Electronics Engineers (IEEE). Brown is also a member of the Institute of Medicine of the National Academy of Sciences (NAS).

Emery N. Brown was interviewed by The HistoryMakers on April 22, 2013.