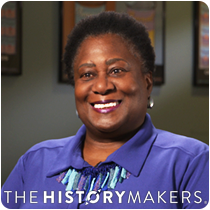 See how Em Claire Knowles is related to other HistoryMakers

In 1975, Knowles joined the University of California, Davis as coordinator of bibliographic instruction, social sciences and humanities, and as a faculty member, teaching courses in library science until 1988. In 1988, Knowles became the first African American assistant dean of student affairs at the Simmons College Graduate School of Library and Information Sciences. In 2001, Knowles was appointed to the Massachusetts Board of Library Commissioners, as only the second African American to be appointed to the board; and, in 2006, Knowles became the first African American to serve as chair. In 2018, when Simmons College became a university, Knowles was promoted to assistant dean for academic support at Simmons University's College of Organizational, Computational and Information Sciences.

In 2016, Knowles was elected to the board of directors of Beta Phi Mu. She served as chair of the Awards and Scholarships committee and member of the Steering Committee of the Joint Conference of Librarians of Color in 2018.  Knowles has served on numerous boards, including the boards of the Massachusetts Library Association, the New England Library Association, and the Design Team of the National Association of Black MBA Association. She is a lifetime member of the American Library Association (ALA), and an active member of its Black Caucus, where she served as executive board member and secretary. Knowles also served as board liaison to the Simmons Library and Information Science Alumni Association Board for over twenty years. Knowles was elected trustee of the Freedom to Read Foundation, and served as an active member the Massachusetts Black Librarians Network, Inc.

Knowles received the Black Caucus of the American Library Association (BCALA) Distinguished Service Award in 2011 and the BCALA Professional Development Award in 2013. She has also received the Sojourner Truth Award from the Boston & Vicinity Club in 2015, and the Beta Phi Mu Award in 2017.

Em Claire Knowles was interviewed by The HistoryMakers on November 16 and 24, 2018.

See how Em Claire Knowles is related to other HistoryMakers