See how Ellis Cose is related to other HistoryMakers
Donate Now

Journalist Ellis Cose was born on February 20, 1951 in Chicago, Illinois to Raney and Jetta Cose. He discovered early that he had a distinctive voice as a writer. While a student at Lane Technical High School, his 140-page essay on the 1968 riots piqued the interest of an English teacher who suggested that he submit his essay to Gwendolyn Brooks, then the Poet Laureate of the State of Illinois, who invited him to her writers’ group. At age nineteen, in 1970, Cose became a weekly columnist for the Chicago Sun-Times, making him the youngest editorial page columnist employed by a major Chicago daily newspaper. While working for the Sun-Times, he graduated with his B.A. degree in psychology from the University of Illinois in 1972. Cose then graduated with his M.A. degree in science, technology and public policy from the George Washington University in 1978.

In 1979, Cose became an editorial writer and columnist for the Detroit Free Press. He then received a fellowship with the National Research Council of the National Academy of Sciences in 1981. In 1982, Cose became a special writer for USA Today ; and, in 1983, he began a three-year term as president of the Institute for Journalism Education at the University of California at Berkeley. In 1987, he held a fellowship with the Gannett Center for Media Studies at Columbia University in New York City before moving on to the New York Daily News in 1991, where he served as an editorial page editor. In 1993, Cose was hired by Newsweek as a contributing editor where he remained until 2010.

Cose is the author of A Nation of Strangers: Prejudice, Politics and the Populating of America (1992), The Rage of a Privileged Class (1993), Color-Blind: Seeing Beyond Race In A Race-Obsessed World (2002), The Envy Of The World: On Being a Black Man in America (2002), Bone to Pick: Of Forgiveness, Reconciliation, Reparation and Revenge (2004), and The End of Anger (2011).

Cose lives in New York City with his wife, attorney Lee Llambelis. They have one daughter, Elisa Maria.

See how Ellis Cose is related to other HistoryMakers
Donate Now
Click Here To Explore The Archive Today! 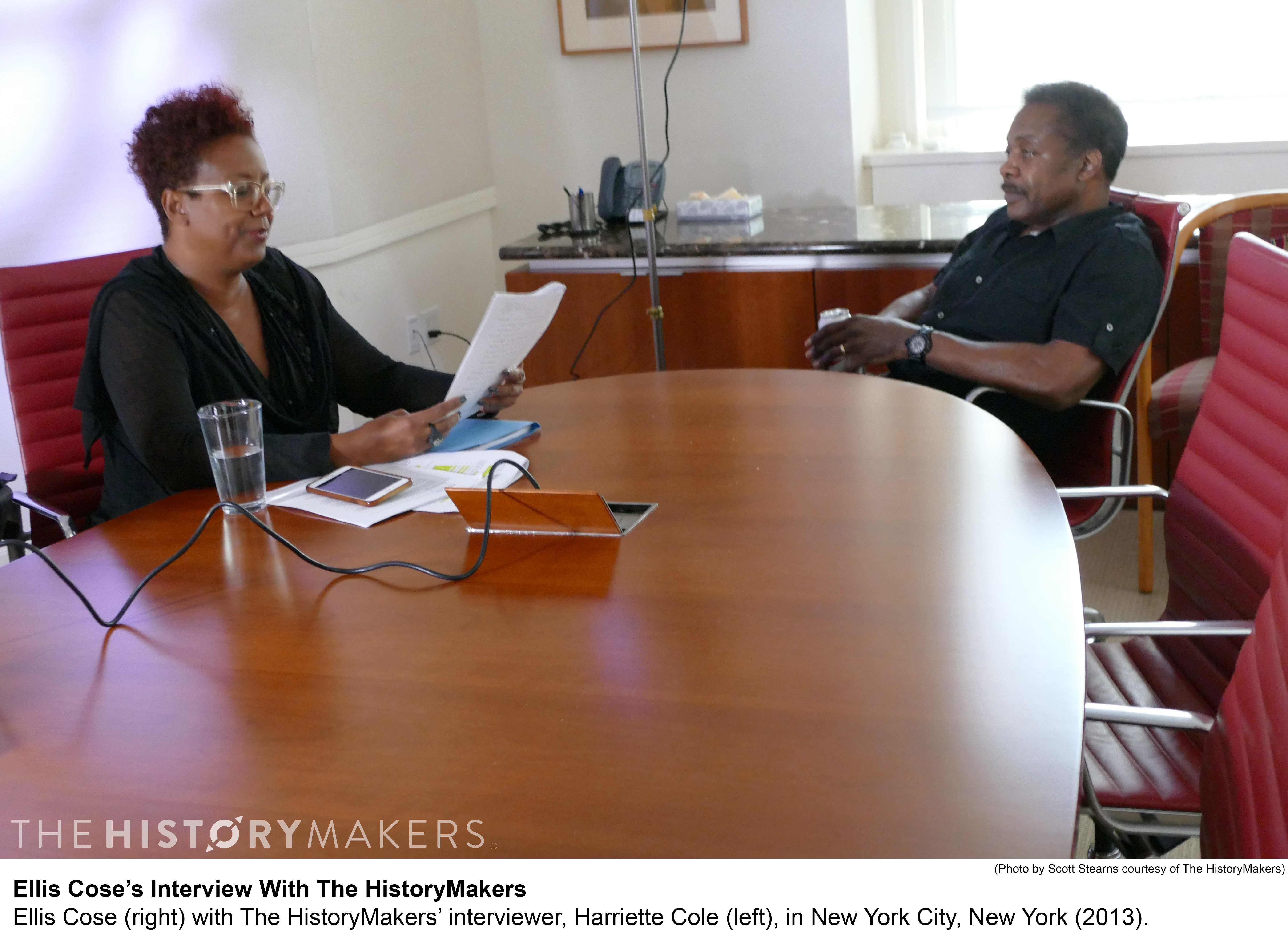