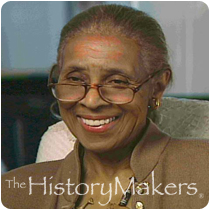 "I Have Lived A Good Life Because I Have My Health, And I'm Able To Do."

Eileen Tate Cline was born June 25, 1935 in Chicago, Illinois. Education was very important in her family and music became Cline’s tool to help make the world a better place. Her mother, Inez Duke, was a dedicated elementary school teacher who became one of the first to teach Negro History. Her father, Herman Tate, was an influential community leader, who worked for the U.S. Postal Service and was active in the international Coop Movement.

Cline’s parents encouraged their children not to accept limitations. As a child, in addition to developing keen academic interests, Cline excelled in ballet, piano, and sports. She attended the University of Chicago Laboratory School and entered the College at age fifteen. Cline later earned two degrees from the Oberlin Conservatory of Music, a master's degree from the University of Colorado, and a Ph.D. "with highest distinction" as a Danforth Fellow at Indiana University. Her dissertation on piano competitions has become recognized as the most important single source of information on that subject and related issues.

For three decades Cline held teaching and administrative positions in the university, public school, and community music school sectors in Indiana, Colorado, and Connecticut. While raising a family in Colorado, where her late husband was a linguist (passing away in 1978), she taught piano, directed the Boulder Children's Choir, was a church organist, and was active in numerous community and professional organizations.

From 1983 to 1995, Cline served as Dean of the Conservatory of Music at the Johns Hopkins University, then Senior University Fellow in Arts Policy at the Hopkins Institute for Policy Studies. Bringing a wealth of experience as a college and pre-college teacher, administrator, scholar and community activist, she oversaw major developments in quality and quantity of students, faculty, and curriculum. Cline was also mentor to a long list of young African American musicians active on the national and international scene today. In 1999, her retirement from the university was marked by a gathering of distinguished panelists and musicians for a symposium entitled The Arts in America: Lifeblood of a Nation and its Citizens - past, present, and future.

An award-winning author/educator active for nearly half a century in a broad range of professional and civic enterprises, Cline was a resource fellow at the Aspen Institute Executive Seminar, and served as Board member and advisor to numerous organizations, including American Symphony Orchestra League, Marlboro Music Festival, Institute for Theology and the Arts, North American Folk Music and Dance Alliance; and was a juror for the 2001 Van Cliburn International Piano Competition.

Cline was interviewed by The HistoryMakers on April 20, 2006.