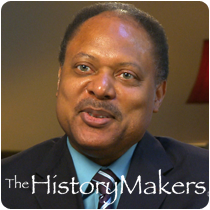 See how Edward Tunstel is related to other HistoryMakers
Donate Now

Robotics engineer and technology developer Edward Tunstel, Jr. was born on November 29, 1963 in Harlem, New York to Agnes Tunstel and Edward Tunstel, Sr. As a child, Tunstel was very interested in art, which led him to pursue an initial interest in architecture. However, after he attended a seminar held by the New York Academy of Sciences the summer of his junior year in high school, he decided to shift his focus to engineering instead due to his curiosity in learning how things worked. He graduated from Springfield Gardens High School in Queens, New York in 1981 and received his B.S. and M.E. degrees in mechanical engineering from Howard University in 1986 and 1989, respectively.

Upon his graduation from Howard University, the Jet Propulsion Laboratory (JPL) of the National Aeronautics and Space Administration (NASA) recruited Tunstel. In 1992, he was granted the JPL Minority Fellowship to further his education at the University of New Mexico, where he received his Ph.D. degree in electrical engineering in 1996. Tunstel has continued to work with the JPL following the completion of his Ph.D. program, and he has served in various roles. One of his larger projects was to serve as a Flight Systems Engineer for autonomous surface navigation of the NASA Mars Exploration Rovers. He has also served as the mobility and robotic arm lead on the Spacecraft/Rover Engineering Team for the Spirit and Opportunity rovers’ surface operations on Mars. Since 1997, he worked as the Space Robotics and Autonomous Control Lead at the Johns Hopkins University Applied Physics Laboratory, where he continued to solve robotics problems for NASA. His research interests include: autonomous control systems, cooperative robotics, and mobile robot navigation.

Throughout his career, Tunstel has written a number of articles on the subject of robotics and intelligent control. He has also edited and contributed to several books related to robotics and engineering. Tunstel is a member of several professional organizations, including the Institute of Electrical and Electronics Engineers (IEEE), the National Society of Black Engineers (NSBE), and the American Institute of Aeronautics and Astronautics. He has also been honored for his contributions to the science of robotics and space exploration. Tunstel is married to Jan Harwell Tunstel.

See how Edward Tunstel is related to other HistoryMakers
Donate Now
Click Here To Explore The Archive Today!