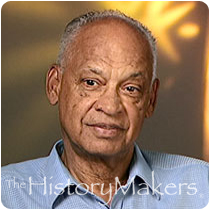 "No one monkey stops the show."

Personal care entrepreneur Edward George Gardner was born on February 25, 1925 in Chicago, Illinois to Frank and Eva Gardner. Following service in the U. S. Army during World War II, Gardner returned to Chicago and enrolled in Chicago Teacher’s College, where he received his B.A. degree in the 1940s. He went on to also obtain his M.A. degree from the University of Chicago.

Gardner worked for fourteen years as an instructor and school administrator for the Chicago Public Schools while simultaneously working part time as a black hair care sales representative. Learning of the dissatisfaction of many African American consumers and hair care professionals, he and his wife, Bettiann, launched Soft Sheen Products from their basement in 1964. With brands such as Optimum and Care Free Curl, Soft Sheen Products grew into a multimillion-dollar enterprise employing more than 400 people. The company also developed globally, exporting its products to Canada, the Caribbean and West Africa. In 1998, Gardner sold Soft Sheen Products to L’Oreal of Paris and passed the day-to-day operation of Soft Sheen on to his children.

Gardner has also been committed to service in the Chicago community. He owned the New Regal Theater and served as president of Garden Investment Partners. In addition, Gardner received credit for helping register over 250,000 people for Mayor Harold Washington's election in 1983. He served as a board member of the Chicago Urban league and was invited by President Bill Clinton to attend an economic summit in Little Rock, Arkansas, to discuss the impact corporations can have on urban employment.

Soft Sheen’s honors include a “Company of the Year” award from Black Enterprise magazine, and a 1999 Golden Pyramid Award.

Edward Gardner was interviewed by The HistoryMakers on August 12, 2002.