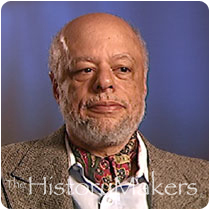 Favorite Color:
Green
Favorite Food:
Italian Food
Favorite Time of Year:
Fall
Favorite Quote:
The Mob Is In The Street. I Must See Where They Are Going For I Am Their Leader.

Favorite Color:
Green
Favorite Food:
Italian Food
Favorite Time of Year:
Fall
Favorite Quote:
The Mob Is In The Street. I Must See Where They Are Going For I Am Their Leader.

Globalist, civic activist and organizer Edward L. "Buzz" Palmer was born on May 13, 1936, in Chicago and grew up in Chicago's Englewood community.

In the 1960s, Palmer joined the Chicago Police Department and founded the African American Patrolman's League. Motivated by his experiences during his youth and during his career with the Chicago Police Department, Palmer became active in the community and developed an expertise in international urban affairs. He brought these academic interests into the classes that he taught at UIC, where he later became a senior fellow for the Institute for Government and Public Affairs, and continues to be involved with UIC's Great City Institute.

Palmer served as Chairman of Chicago's Sister Cities Committee under Mayor Harold Washington. He and his wife, former state of Illinois Senator Alice Palmer, have been committed to stimulating African American involvement in and awareness of foreign policy issues. Palmer served as chairman of the Senate Advisory Committee on South Africa and acts as a confidante to Prime Minister Michael Manly of Jamaica; Glyn Ford, Member of European Parlimentary (MEP) for the UK; and Harlem Desirs, MEP for France. In these capacities, he advises policy makers on the issues surrounding urban instability.

He is a member of the International Board of United Townships in Paris; the President of the Black Press Institute; the Director of the People's Program and the Founder and Executive Director of Comprand, Inc.

See how Edward "Buzz" Palmer is related to other HistoryMakers
Donate Now
Click Here To Explore The Archive Today!