Information about Edmund B. Gaither 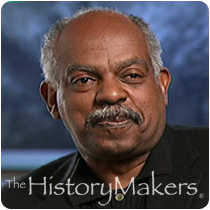 See how Edmund B. Gaither is related to other HistoryMakers
Donate Now

Edmund Barry Gaither was born in Great Falls, South Carolina, on October 6, 1944. Growing up in a small town, Gaither had a devout interest in the arts, but no access to museums. Attending Morehouse College proved to be very influential to his growth as a person, as it was the first time that Gaither had the opportunity to live with and appreciate paintings and sculptures first-hand. Additionally, all of his formal understanding and training in the visual arts and art history began there. Gaither graduated from Morehouse with a B.A. degree and went on to obtain a M.F.A. from Brown University in 1968.

Gaither has taught at Spellman College, Wellesley College, Harvard University, and Boston University, as well as serving as panel chairman for the National Endowment for the Arts and on President George W. Bush's Advisory Board on Historically Black Colleges and Universities.

See how Edmund B. Gaither is related to other HistoryMakers
Donate Now
Click Here To Explore The Archive Today!