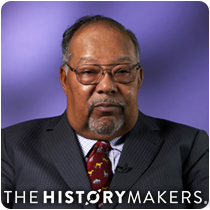 See how Ed Fitzpatrick is related to other HistoryMakers

Automobile sales entrepreneur Ed Fitzpatrick was born on April 7, 1942 in Elyria, Ohio to Benjamin Edward, Sr. and Mary Frances Fitzpatrick. He received his B.A degree in history from Ohio University in Athens, Ohio in 1964.

Fitzpatrick began his career as a teacher in Cleveland, Detroit and New Jersey. He then transitioned to the automotive industry, serving as a dealer placement administrator for Toyota Motor Sales, U.S.A and the national dealer development manager for Mitsubishi Motors Sales of North America, Incorporated. Later, Fitzpatrick joined the Dodge Division of Chrysler Corporation as a management trainee. In 1989, he established the Fitzpatrick Dealer Group. In addition to owning the Puget Sound Chrysler-Plymouth and the Puget Sound Dodge in Renton, Washington, Fitzpatrick purchased the Valley Lexus dealership and a Toyota dealership in California in 1997. In 1998, he was appointed to the Toyota and Lexus Division National Dealership Council. Fitzpatrick established the Valley BMW dealership in Modesto, California in 2000, and sold his Puget Sound Chrysler-Plymouth and Puget Sound Dodge dealerships. In 2002, Fitzpatrick developed the Coliseum Lexus of Oakland as his flagship store and continued to serve as president of the Valley BMW dealership.

Fitzpatrick and his wife, Bertha, have two adult children, Sean and Ryan.

Ed Fitzpatrick was interviewed by The HistoryMakers on April 6, 2018.

See how Ed Fitzpatrick is related to other HistoryMakers