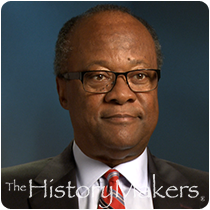 "I Can Do All Things Through Christ Who Strengthens Me."

Corporate executive Earnest Ellison, Jr. was born on May 20, 1948 in Elba, Alabama, to Ruby H. Ellison and Earnest Ellison, Sr. The eldest of six children, Ellison graduated from Mulberry Heights High School in 1966. He earned his B.S. degree in accounting and business management from Alabama A&M University in 1970. Upon graduation, Ellison began working in the financial management sector of International Business Machines Corporation.

Ellison worked at IBM for nearly nineteen years, serving in various financial positions domestically and internationally. In 1989, Ellison joined the Unisys Corporation as Director of Finance in charge of business controls. He left Unisys in 1992 to work briefly with his brother, before joining the PGA of America as Director of Business and Community Relations in 1997. During his seventeen year tenure at the PGA, Ellison directed initiatives to create a positive image for the PGA as it related to diversity and inclusion. He formed a minority and women business inclusion program and a golf industry supplier diversity initiative, and facilitated the development of a sanctioned Professional Golf Management Program at an HBCU so minority students could earn a B.S. degree in golf management. Ellison also negotiated the transfer of The Minority College Golf Championship from Cleveland to Florida and significantly enhanced this event when the name was changed to the PGA Minority Collegiate Golf Championship. Ellison retired from the PGA in 2013 to start the Ellison Consulting Group, LLC, a business of sports diversity and inclusion consulting firm where he became managing partner in 2014.

Ellison became the Chair of the United Way of Palm Beach County, in July 2016, and was the first African American to hold this position. He was also the vice chair of the First Tee of Palm Beach, Martin and Broward Counties, treasurer of the Black Chamber of Commerce of Palm Beach County and a member of the advisory board for the Palm Beach County Boy Scouts.  Ellison also served on the diversity committee of the World Golf Foundation and the National Red Cross Diversity Committee. A life member of Kappa Alpha Psi and Sigma Pi Phi Fraternities, and various golf organizations, Ellison was honored for his many efforts and initiatives by the Louisville Chamber of Commerce, the Louisville Urban League, the Congressional Black Caucus, the United States Hispanic Chamber of Commerce, The Links, and the United Way of Palm Beach County. Ellison was named the Kappa Alpha Psi Man of Year, and has been included on the “Who’s Who in South Florida” list, and on the “50 Most Powerful Blacks in South Florida” list. Ellison also received the 2015 Fellowship Open Life Time Achievement Award.

Earnest Ellison was interviewed by The HistoryMakers on August 12, 2015.