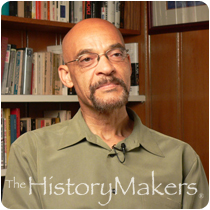 Hutchinson began his career in radio, working at KPFK Radio in Pacifica, California. In 1982, Hutchinson began a subscription newsletter, Ofari's Bi-Monthly, which discussed political and social issues. He published this newsletter for twelve years. Hutchinson would go on to write for several newspapers and magazines, including the Chicago Tribune, Los Angeles Times, San Francisco Chronicle, Black World, Ebony, Essence, Newsday, Nation, Harper's, and Emerge. Hutchinson is the author of many books including, The Myth of Black Capitalism (1970); Black Fatherhood I and II (1992 & 1994); Betrayed: A History of Presidential Failure to Protect Black Lives (1996); The Crisis in Black and Black (1998); The Latino Challenge to Black America: Towards a Conversation Between African Americans and Hispanics (2007); and The Ethnic Presidency: How Race Decides the Race to the White House (2008). Since 2005, Hutchinson has been a writer and a blogger for The Huffington Post news website and a frequent guest on numerous talk shows. His op-ed columns appear in the Los Angeles Times, Washington Post, Chicago Tribune, Christian Science Monitor, and many other major newspapers. He is a frequent commentator for the American Urban Broadcast Network and Ed Gordon’s News and Notes on NPR. He is a featured columnist for BlackNews.com, BlackAmericaWeb.com, and Alternet.org. Hutchinson is also associate editor of New America Media, the country's first and largest national collaboration and advocate of 2,000 ethnic news organizations.

As director of the National Alliance for Positive Action, Hutchinson has voiced his desire to have the word "nigger" eliminated from the Merriam-Webster dictionary. As a part of the Coalition Against Media Exploitation, Hutchinson convinced President Clinton to pardon African American sailors charged in the “Port Chicago Mutiny.” Hutchinson is the recipient of the Outstanding Book Award from the Gustavus Myers Center for the Study of Human Rights in 1995 and 1997.

See how Earl Ofari Hutchinson is related to other HistoryMakers
Donate Now
Click Here To Explore The Archive Today!