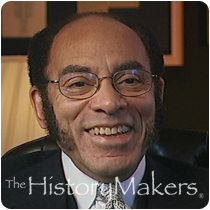 See how Earl G. Graves, Sr. is related to other HistoryMakers
Donate Now

Earl G. Graves was raised in the Bedford Stuyvesant section of New York, where he learned hard work and perseverance from his parents, Earl Godwin and Winifred Sealy Graves. After receiving a B.A. in economics from Morgan State University he served two years in the Army, followed by a three year stint as Senator Robert F. Kennedy's administrative assistant. After Kennedy's assassination Graves entered the business arena, where he was to realize unprecedented success.

Since founding Black Enterprise Magazine in 1970, Earl Graves has been named one of the ten most outstanding minority businessmen in the country by the President of the United States, and received the National Award of Excellence in recognition of his achievements in minority business enterprise. Black Enterprise Magazine is recognized as the definitive resource for African American business professionals, entrepreneurs and policy makers in the public and private sectors.

Graves is President and Chief Executive Officer of Earl G. Graves, Ltd., parent corporation for the Earl G. Graves Publishing Company which publishes Black Enterprise Magazine. He also serves as Chairman and CEO of Pepsi-Cola of Washington, D.C., L.P., the largest minority-controlled Pepsi-Cola franchise in the U.S. He is also a General Partner of Egoli Beverages, L.P., the Pepsi-Cola franchise bottler of South Africa.

In 1999, he received the 84th NAACP Spingarn Medal, the highest achievement award for African Americans. He was named one of the Top 100 Business News Luminaries of the Century, and his book "How to Succeed in Business Without Being White" was listed among the New York Times and Wall Street Journals Business Best Sellers. A staunch advocate of higher education, Graves is committed to advancing business education and opportunities for our nation's youth. He has also been recognized for his business leadership and community service by the US Department of Commerce, the City of New York and the National Conference for Community and Justice, among others.

He resided in New York with his late wife of 37 years, Barbara, with whom he had three sons.

See how Earl G. Graves, Sr. is related to other HistoryMakers
Donate Now
Click Here To Explore The Archive Today! 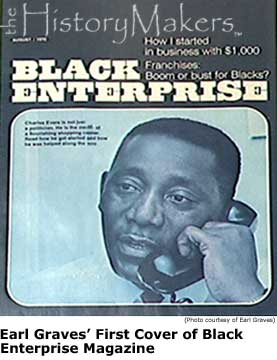 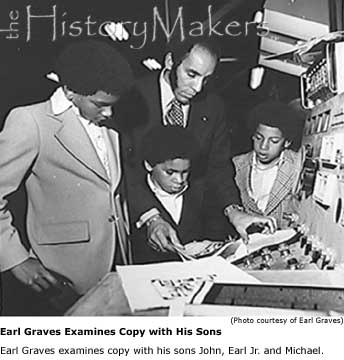