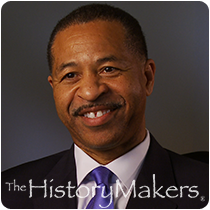 "Challenges are opportunities in disguise"

Media executive and consultant Drew Berry was born on December 22, 1955 in Henderson, Texas. He grew up in Dallas, Texas and graduated from the University of Texas at Austin with his B.S. degree in radio, television and film in 1978.

Upon graduation, Berry was hired at WVUE-TV Austin, Texas, an ABC Affiliate. He was then hired by two more ABC-TV affiliates in both San Antonio, Texas and then New Orleans, Louisiana before joining CNN in its infancy. After a short stint at CNN, in 1980 he was lured to WPVI-TV in Philadelphia, Pennsylvania to produce two of its number-one rated newscasts. In 1987, he was promoted within the same company to producer and then executive producer at WABC-TV in New York City.

Berry took an opportunity to return to Philadelphia in 1990 in management for WCAU-TV, a CBS television station. After a few months as assistant news director he was promoted to run the entire news department as news director, where he earned two Emmys for “Outstanding Newscasts” from the Mid-Atlantic National Association for Television Arts and Sciences and where his team elevated the station’s newscast to a solid number two in ratings. In 1994, Berry returned to Dallas, Texas, where he became assistant news director at WFAA-TV, the top-rated station in Dallas. It was there that Berry led a thirty-two-person remote on-site team covering the bombing in Oklahoma City of the Alfred P. Murrah Federal Building.

In 1997, Berry was hired as station manager and news director of WMAR-TV in Baltimore, Maryland. Berry was named vice president and general manager in 2000. In 2007, he left the station to teach media management at the Scripps Howard School of Journalism and Communication at Hampton University, and also became founding president and CEO of Drew Berry & Associates, LLC, a media and consulting agency.

Berry is an active community leader. He has held positions on many business and community service boards and committees including the Comcast/NBC Diversity Council, Scripps Howard Foundation, Greater Baltimore Committee, the Maryland Business Council, the Signal 13 Foundation, Associated Black Charities, the Maryland Humanities Council, the Enoch Pratt Library System, the Baltimore Area Convention and Visitors Association, the Good Samaritan Hospital and MedStar Heath. As a member of the National Association of Black Journalists (NABJ), Berry has served on the finance committee, as consultant, and as interim executive director in 2009, and is credited with a one-million dollar positive revenue turnaround for NABJ in just nine months.

Berry was recognized with the State of Maryland Governor’s Citation in 2002 for excellence in broadcasting, and the Congressional Achievement Award in 2004 for business achievement. He received the President’s Award from the National Association of Black Journalists in 2009 and 2010.

Berry is married to Brenda Fowler-Berry, a chemical engineer. They have three children: Andrea, Adam and Andrew.

Drew Berry was interviewed by The HistoryMakers on December 4, 2013.