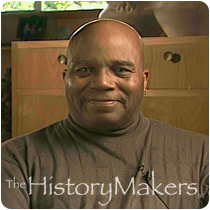 See how Dr. William Alexander Jackson Ross is related to other HistoryMakers

Dr. William Alexander Jackson Ross was born on November 26, 1937, in Detroit, Michigan. After receiving his high school diploma from Detroit’s Cass Tech High School in 1955, Ross attended the University of Michigan from 1956 to 1958, and Wayne State University from 1958 to 1960; he earned his medical degree from Meharry Medical College in 1964.

After medical school, Ross joined the Navy’s Medical Corps as an intern in 1964, and then worked as a doctor in the U.S. Navy from 1969 through 1973. Becoming a qualified submarine medical officer in 1966, Ross became the first African American submarine doctor in U.S. Navy history. Ross served aboard the U.S.S. George C. Marshall from 1968 to 1969, where he was the first African American officer to receive a Golden Dolphin Award from the U.S. Navy.

After leaving the Navy and moving to Oakland, California, Ross joined the West Oak Health Center as a consultant orthopedic surgeon and teacher; he later became the chief of orthopedics at Herrick Hospital in Berkeley, California.

See how Dr. William Alexander Jackson Ross is related to other HistoryMakers
Click Here To Explore The Archive Today!