Dr. Wayne A. I. Frederick

Information about Dr. Wayne A. I. Frederick 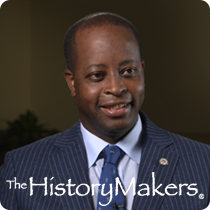 See how Dr. Wayne A. I. Frederick is related to other HistoryMakers

In 2000, Frederick was appointed as a clinical instructor in surgery at the Baylor College of Medicine in the Ben Taub General Hospital in Houston, Texas. He fulfilled his post-doctoral research and surgical oncological fellowships at the University of Texas MD Anderson Cancer Center in Houston in 2003. That same year, Frederick was named an assistant professor in the department of surgery of the University of Connecticut Health Center, where he became director of surgical oncology and associate director of the Neag Comprehensive Cancer Center in 2005. In 2006, he returned to Howard University as the associate professor in the department of surgery at Howard University Hospital. In 2012, he was named provost of Howard University and became president of Howard University in 2014.

Frederick has authored numerous research publications and editorials, as well as served as a member of a number of professional and scientific societies. These organizations include the American Association for Cancer Research, the American Society of Clinical Oncology, and the National Medical Association. He has also been a member of the Society of Black Academic Surgeons, the Society of Surgical Oncology, and served as president of the board of the Texas Gulf Sickle Cell Association from 2002 to 2003.

Frederick’s work has won multiple awards and honors, including recognition from the U.S. Congress for his contributions in addressing health disparities among African Americans and historically underrepresented groups in 2014. He was named by the Washington Post as a “Super Doctor” in 2011, was in Ebony Magazine’s 2010 ‘Power 100’ list, and was on Black Enterprise Magazine’s list of America’s Best Physicians.


Wayne A.I. Frederick was interviewed by The HistoryMakers on January 30, 2017.

See how Dr. Wayne A. I. Frederick is related to other HistoryMakers
Click Here To Explore The Archive Today!