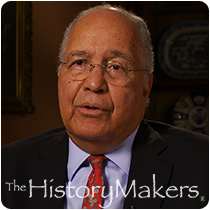 See how Dr. Warren Goins is related to other HistoryMakers
Donate Now

Physician Warren Goins was born on March 28, 1938 in Brooklyn, New York. He graduated from Lincoln University with his A.B. degree in chemistry in 1959. Inspired by his own physician, Dr. Aurelious King, Goins went on to attend Howard University’s College of Medicine. While he was on partial academic scholarships, Goins later found out that Dr. King was paying the balance of his tuition. He went on to graduate from the Howard University College of Medicine with his M.D. degree in 1963.

In 1963 and 1964, Goins interned at Maimonides Medical Center in Brooklyn. Then, from 1964 to 1967, he served as a captain in the United States Air Force, stationed in Wethersfield, England. Upon his return in 1967, Goins became a resident in internal medicine at the Albert Einstein College of Medicine at Montefiore Medical Center, where he then became a fellow in cardiovascular disease in 1969. Goins also served a fellowship at the Manhattan V.A. Hospital from 1970 until 1971. He went on to practice internal medicine with Preferred Health Partners at the Bedford Williamsburg Center in Brooklyn.

Goins and his wife, Charlynn Goins, have worked together in many philanthropic endeavors, helping organizations such as Boys and Girls Harbor, A Better Chance, the Gracie Mansion Conservancy, and the Brooklyn Museum, among others. In 2010, they made fractional gifts from their private collection of celebrated paintings by artists Robert S. Duncanson and Charles Ethan Porter to the Brooklyn Museum’s collecting initiative that focused on the acquisition of works by African American artists. Goins’ medical group has received many awards and honors for their work in the medical field, including the National Committee for Quality Assurance’s Physician Practice Connections Recognition Program in 2011, 2012 and 2013; and the National Committee for Quality Assurance’s Patient-Centered Medical Home Recognition Program in 2011, 2012 and 2013. Goins also received an award from the National Committee for Quality Assurance’s Diabetes Recognition Program in 2012.

Goins lives with his wife, Charlynn, in New York. They have two children: Hilary and Jeffrey, and four grandchildren.

Warren Goins was interviewed by The HistoryMakers on October 21, 2013.

See how Dr. Warren Goins is related to other HistoryMakers
Donate Now
Click Here To Explore The Archive Today! 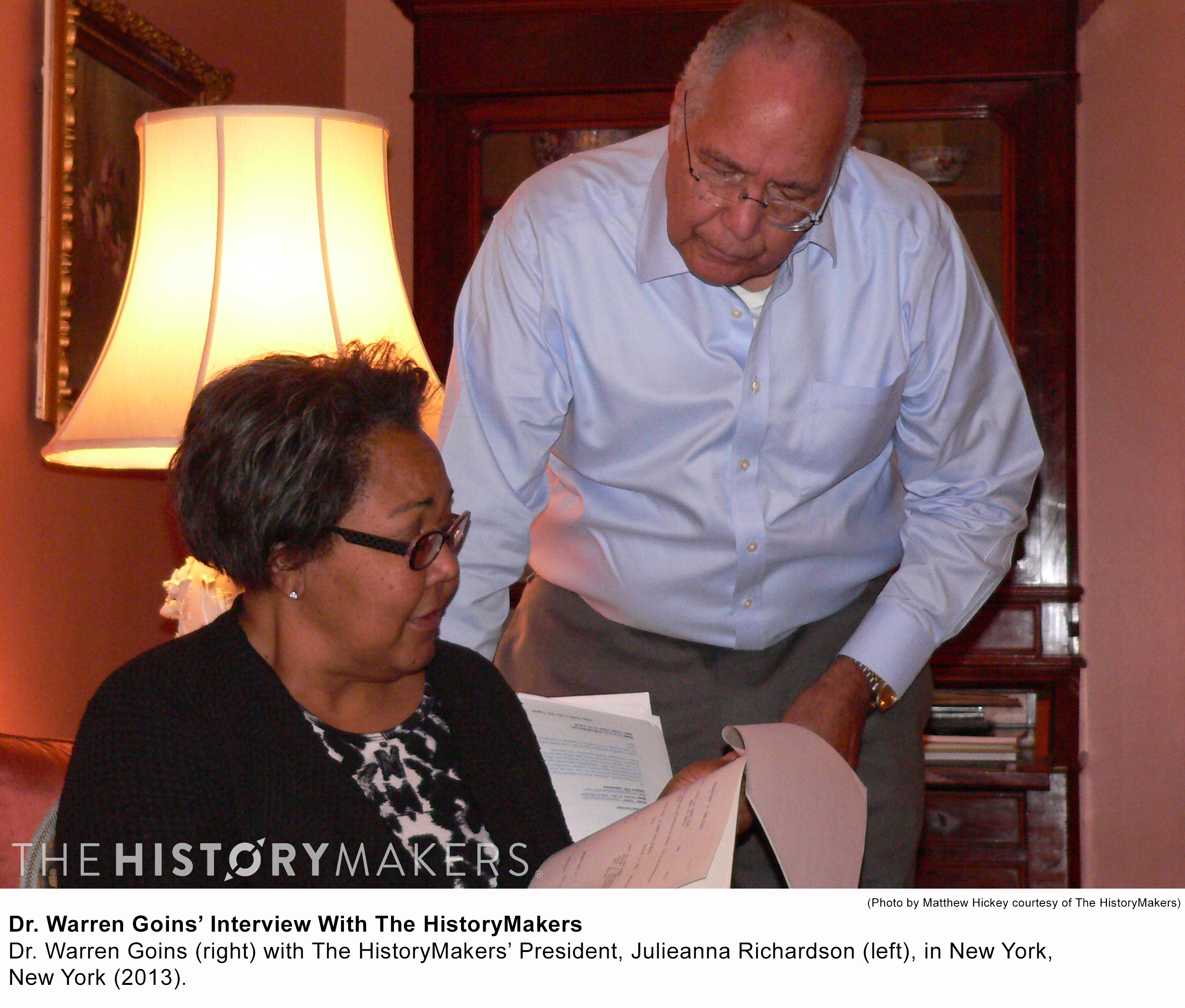