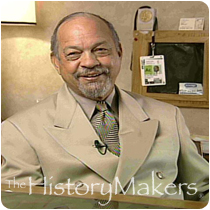 After a stint as a dentist in the United States Navy, Young returned to New Orleans, where his father had practiced, established his dental practice and taught at Dillard University. At the same time, Young became an active supporter of the All African Students Association’s lunch counter sit-ins at New Orleans’ downtown Woolworth’s and at other New Orleans businesses from 1961 to 1964. During that same period, Young was introduced to Dr. Martin Luther King, Jr., by his brother, SCLC’s Rev. Andrew Young. Moving to Atlanta in 1978, Young joined his brother and worked to address the issues of dental health maintenance and the establishment of dental programs in schools, churches and organizations in the Atlanta area. Young’s dental practice has been active in the same location for twenty-eight years. He is a member of the North Georgia Dental Society and the American Dental Association. Young is owner and president of Young International Development Corporation and serves as a director of Jamaica Communications, Datacom International, Inc., and Health Management Decisions.

As a member of the City of Atlanta Blue Ribbon Committee on Equal Business Opportunity, Young is involved in a number of civic and community programs. He is a consultant to the Osaka American Club of Japan, American Computer Technology in Atlanta, Gulfstream Aerospace in Savannah, and Grady Healthcare in Atlanta. Possessing a keen interest in African American history, Young is honorary consul general for Liberia and has traveled extensively on the African continent. In 2004, Atlanta’s Southwest YMCA was named for Young and his brother, Andrew.

Young is married to event planner, Sonjia Young, and is father to five children.