Information about Dr. Walter I. Delph 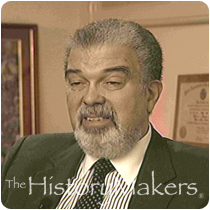 See how Dr. Walter I. Delph is related to other HistoryMakers
Donate Now

Raised on Harlem’s Sugar Hill in the 1950s, Delph got his first haircut from Dr. Robert Craft, surrounded by members of the “Black Royalty” who frequented his home. Visitors included Duke Ellington, a young Thurgood Marshall and Jackie Robinson. As a teen, Delph worked at a dry cleaner, at the Ivey Delph in the summer time, and accompanied his father on house calls. Delph’s father’s patients included Ralph Bunche and Delph’s godfather, Adam Clayton Powell. Adam Wells mentored Delph after he lost his father at age sixteen.

After a lackluster academic start, Delph found his passion in high school science. Accepted at Adelphi University, Delph earned his B.A. degree and advanced to a memorable career at Howard Medical School where he was trained and mentored by colleagues of his father. During high school, Delph trained in surgery at Montefiore Hospital. Delph returned to Montefiore Hospital after medical school for a residency in general surgery, but soon switched to a relatively nascent field, urology. Delph’s career has spanned vast improvements in urological treatment and endured major shifts in medicine, including the advent of the HMO.

Delph, the former Director of Urology at North General Hospital, the American Cancer Society since 1982 and served as the president of the Students American Medical Association (SAMA) when he was at Howard University and supports the Schomburg Center for Black Research. Delph served on the board of the YMCA from 1978 to 1982 and the New York Urban League from 1982 to 1987.

Delph was interviewed by The HistoryMakers on April 27, 2007.

See how Dr. Walter I. Delph is related to other HistoryMakers
Donate Now
Click Here To Explore The Archive Today!