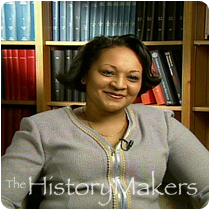 "Let the words of my mouth and the meditations of my heart be acceptable in thy sight, oh Lord, my strength and my Redeemer."

Cardiovascular physician and medical scientist Dr. Shawna Nesbitt was born on November 10, 1963 in Aliquippa, Pennsylvania. Nesbitt attended Quigley Catholic High School in Baden, Pennsylvania where she graduated in 1981. She went on to be the first black student to complete the three year pre-med program at Gannon University and go to Hahnemann School of Medicine in Philadelphia, Pennsylvania. She was the first black to enter the Hahnemann program, where she earned her M.D. degree in 1988. During Nesbitt's residency in internal medicine at Allegheny General Hospital in Pittsburgh, Nesbitt was inspired by Dr. James Ferraro to follow her passion for research in the area of hypertension. In 1991, she became a fellow at the University of Michigan in Ann Arbor, Michigan and worked on several clinical trials with her colleague Dr. Kenneth Jamerson, notably the Tecumseh Blood Pressure Study, the "Losartan Interventions for Endpoints in Hypertension Study" ("LIFE" Study), and the "African American Study of Kidney Disease and Hypertension Study" ("ASKD" Study). She went to work as an investigator for various firms, performing research on African Americans with hypertension and renal disease. She met her husband, Thomas Nesbitt, in 1992 and they married in 1995.

Nesbitt moved to Dallas, Texas in 2001 after she completed her M.S. degree in clinical research design to work at the University of Texas Southwestern Medical Center. As an associate professor at the University of Texas Southwestern Medical Center, she worked on several projects such as the Reynolds Foundation's "Dallas Heart Study" on the "Trial of Preventing Hypertension" or " TROPHY" study funded by the pharmaceutical company AstraZeneca . The TROPHY study successfully showed her team's hypothesis was correct and the results were published in the 'New England Journal.' She initiated the trial of preventing hypertension in patients with high blood pressure. In addition, she worked as a manuscript reviewer for the American Journal of Hypertension and the Journal of Ethnicity and Disease.


Dr. Shawna Nesbitt was interviewed by The HistoryMakers on March 13, 2008.