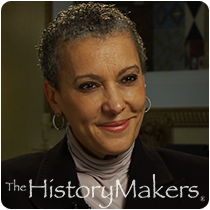 See how Dr. Sharon Malone is related to other HistoryMakers
Donate Now

Obstetrician, gynecologist and public figure Sharon Malone was born in 1959 in Mobile, Alabama to a domestic servant and a maintenance worker for Brookley Air Force Base. Malone is the youngest of eight siblings and the sister of Vivian Malone Jones, who, in 1963, became one of the first African American students to enroll at the University of Alabama in Tuscaloosa. In 1981, Malone received her B.A. degree in psychology from Harvard University.

Upon graduation, she pursued a career as a systems engineer with the IBM Corporation, but soon decided to attend medical school at Columbia University’s College of Physicians and Surgeons, where she earned her M.D. degree in 1988. That same year, Malone moved to Washington, D.C. to complete her medical residency at George Washington University. Then, in 1992, she went into private practice with the renowned Foxhall OB/GYN in Washington, D.C. Malone has also served as an associate clinical professor of obstetrics and gynecology at the George Washington University, and presented the 2012 PBS documentary, Slavery by Another Name, which charts the violent transition in 1865 from chattel slavery to forced prison labor.

Malone serves on the boards of the D.C. Campaign to Prevent Teen Pregnancy and Historic Ford’s Theatre in Washington, D.C. She also serves on the regional panel for the selection of White House Fellows Program and was appointed to the selection committee for the Harper Lee Prize for Legal Fiction awarded by the University of Alabama School of Law. In addition, Malone has consistently been voted one of Washingtonian magazine’s “Best Doctors.”

Malone is married to Eric Holder, the first African American Attorney General of the United States. They live in Washington, D.C. with their three children, Maya, Brooke, and Eric III.

Sharon Malone was interviewed by The HistoryMakers on March 23, 2014.

See how Dr. Sharon Malone is related to other HistoryMakers
Donate Now
Click Here To Explore The Archive Today!