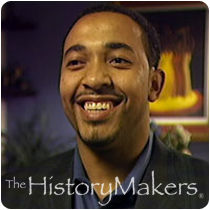 See how Dr. Sampson Davis is related to other HistoryMakers

Dr. Sampson Davis was born in Newark, New Jersey, on January 19, 1973. He was the fifth of six children, and after graduating from University High, a magnet school in Newark, he went on to attend Seton Hall University. Davis was accepted into the University of Medicine and Dentistry of New Jersey, and received his medical degree in 1999 at the Robert Wood Johnson Medical School.

Things were not easy for Davis growing up. He lived in an area of high crime and poverty, surrounded by drug use and gangs. Davis, along with his friends Rameck Hunt and George Jenkins, decided they wanted something more from life and set out to become doctors. They formed a tight-knit group, studying together throughout high school and later attended college together. All three were accepted to medical school, and they all succeeded in their shared dream to become doctors. Today, Davis is the attending emergency room physician at Beth Israel Medical Center in Newark, the same hospital where he was born. He also tours the country speaking to youths about the opportunities available to them other than gangs.

Davis, Hunt and Jenkins are known as the Three Doctors, and they have written a book about their experiences, The Pact: Three Young Men Make A Promise and Fulfill A Dream, which spent six weeks on the New York Times bestseller list. He is also a co-founder of the Three Doctors Foundation, which brings health education and mentoring to inner-city youth. Davis and the other doctors have been featured in People, Reader's Digest and The Oprah Winfrey Show. In 2000, Davis and his friends were honored with an Essence Award.

See how Dr. Sampson Davis is related to other HistoryMakers
Click Here To Explore The Archive Today!