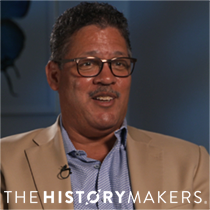 "Always Believe In Yourself."

Surgeon Dr. Ronald C. Childs was born on December 25, 1957. Childs received his B.A. degree from Boston University in 1979, his M.D. degree from Howard University College of Medicine, in 1983, and completed his orthopedic surgery internship and residency in 1989 at Howard University Hospital. Later, Childs became a member in the Rush Medical College Spine Fellowship Program at Rush-Presbyterian-St. Luke’s Medical Center in Chicago, Illinois.

On active duty in the United States Army where he served three years including a tour of duty in Saudi Arabia during Operation Desert Storm, Childs became part of the U.S. Army Medical Corps. During this time, he conducted orthopedic and combat surgeries during the Persian Gulf War, and was stationed in both Germany and Saudi Arabia during the conflict.

In 1994, Childs joined Commonwealth Orthopedics and Rehabilitation, P.C. in Fairfax, Virginia as the medical group’s first spine surgeon where he specialized in minimally invasive spine surgery, anterior cervical microdiscectomy and cervical disc replacement. While working in Fairfax, Childs became the first surgeon to conduct the XLIF (extreme lateral interbody fusion) surgical procedure. Childs served as chief of the orthopedics spine section at Inova Fairfax Hospital, medical co-director of the Inova Spine Institute, and chairman of the hospital’s spine and osteobiologics committee. He also served as chairman of the state’s Region II of the Workers Compensation Peer Review Board.

In 2015, Commonwealth and OrthoVirginia merged to become OrthoVirginia, with offices in Central and North Virginia, and Childs joined the group formally known as West End Orthopedic Clinic (WEOC) which was renamed OrthoVirginia in 2011.

Childs has several patents pending in the area of minimally invasive spinal surgery. In 2017, Childs applied for a patent after he developed a bone fixation device with DePuy Synthes. He was voted a “Top Doctor” in 2015, 2017 and 2018 by Washingtonian magazine and Northern Virginia Magazine.

Childs and his wife, Virginia have two children.

Dr. Ronald C. Childs was interviewed by The HistoryMakers on August 10, 2018.