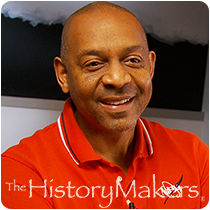 See how Dr. Robert Satcher, Jr. is related to other HistoryMakers

Orthopaedic surgeon, chemical engineer and astronaut Robert Lee Satcher, Jr. was born on September 22, 1965 in Hampton, Virginia to Robert and Marian Satcher. Satcher graduated from Denmark-Olar High School in Denmark, South Carolina, in 1982. He received his B.S. degree in chemical engineering from Massachusetts Institute of Technology (MIT) in 1986; his Ph.D. degree in chemical engineering from MIT in 1993; and his M.D. degree from Harvard Medical School in 1994. Satcher completed his postdoctoral research fellowships at MIT in 1994 and University of California, Berkeley in 1998; internship and residency in orthopaedic surgery at the University of California, San Francisco in 2000; and a fellowship in musculoskeletal oncology at the University of Florida in 2001.

Satcher joined NASA in 2004. In 2009, he became the first orthopaedic surgeon in space during NASA’s STS-129 mission, where he was a mission specialist and performed two spacewalks. Satcher left NASA in September 2011, and serves as a surgical oncologist and assistant professor at the University of Texas MD Anderson Cancer Center.

Satcher was a National Merit Scholar, and received the Monsanto Award and the Albert G. Hill Award from MIT, fellowships from both the Robert Wood Johnson Foundation and UNCF/Merck Research department, and is a member of the Tau Beta Pi Engineering Honor Society. He has been awarded two honorary doctorates of science, and was selected as a finalist in Tuskegee University’s presidency search in 2010.

Robert Satcher, Jr. was interviewed by The HistoryMakers on March 3, 2014.

See how Dr. Robert Satcher, Jr. is related to other HistoryMakers
Click Here To Explore The Archive Today!