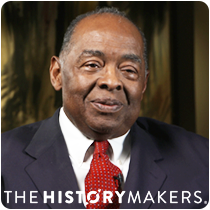 See how Dr. Robert L. Smith is related to other HistoryMakers
Donate Now

Professor and physician Dr. Robert L. Smith was born on December 20, 1936 in Terry, Mississippi to Willie B. Smith and Lillie Mae Smith. He received his B.A. degree in chemistry from Tougaloo College in Tougaloo, Mississippi in 1957, and his M.D. degree from Howard University in Washington, D.C. in 1961.

Smith completed his clinical training at the West Side Medical Clinic of Cook County Hospital in Chicago, Illinois and returned to Jackson, Mississippi and founded the Family Heath Center, now known as the Central Mississippi Health Services, Inc. In 1964, Smith worked with the Medical Committee for Human Rights (MCHR) to provide medical services for civil rights workers during the Freedom Summer in Jackson, Mississippi as its first Southern Medical Field Director. Smith later worked as an assistant clinical professor of family medicine at the University of Mississippi Medical School, where he participated in the development of the Family Medicine Program as a co-principal investigator with the National Research Program’s Arteriosclerotic Risks in Community Studies. Smith worked as an adjunct professor at Tufts University in Boston, Massachusetts, Meharry Medical College in Nashville, Tennessee and Jackson State University in Jackson, Mississippi as well as professor emeritus position in the department of community medicine at Brown University in Providence, Rhode Island. During his career, Smith also assisted in institutionalizing the pre-health program at Tougaloo College.

In 2011, part of Jackson Metro Parkway was renamed in honor of Dr. Robert L. Smith. In 2014, Smith received the Community Service Award from the Mississippi Board of Trustees of the State of Institutions of Higher Learning, and was also named Diversity Educator of the Year. In 2017, the American Medical Association presented Smith with its Medal of Valor Award for his civil rights work. In the same year, the Mississippi State Senate honored Smith for his community health work. Smith was a charter diplomat of the American Board of Family Physicians and a charter fellow of the American Academy of Family Physicians. He was an active staff member of Mississippi Baptist Health Systems, St. Dominic-Jackson Memorial Hospital, and Central Mississippi Medical Center.

See how Dr. Robert L. Smith is related to other HistoryMakers
Donate Now
Click Here To Explore The Archive Today!