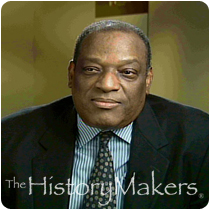 Favorite Color:
Brown
Favorite Food:
Crab Cakes
Favorite Time of Year:
Fall
Favorite Vacation Spot:
Mexico
Favorite Quote:
If A Man Is Out Of Step With His Companions, It Is Because He Hears A Different Drum.

Favorite Color:
Brown
Favorite Food:
Crab Cakes
Favorite Time of Year:
Fall
Favorite Vacation Spot:
Mexico
Favorite Quote:
If A Man Is Out Of Step With His Companions, It Is Because He Hears A Different Drum.

See how Dr. Rene Martin Earles is related to other HistoryMakers

Dermatologist Dr. Rene Martin Earles has developed techniques and products formulated for the uniqueness of African American skin and hair. Dr. Rene Martin Earles was born on October 31, 1940, in New Orleans, Louisiana. Growing up in Washington, D.C., Earles graduated from Coolidge Senior High School in 1958. Following high school graduation, Earles attended Howard University, where he received his B.S. degree in chemistry and biology in 1963. Upon graduation, Earles attended the College of Medicine at Howard University and finished with his M.D. degree in 1967. Throughout his tenure in medical school, Earles worked at the Freedmen’s Hospital.

Earles held a residency at the District of Columbia General Hospital in general surgery. The following year, 1969, he began a second internship in orthopedic surgery. In 1970, Earles joined the United States Navy to direct the Medical Clinic at Sand Point Naval Air Station in Seattle, Washington. While in the Navy, he received a preceptorship in dermatology at the University of Washington, beginning his career as a dermatologist. In 1972, Earles moved to Chicago, Illinois, to begin a dermatological residency at Rush-Presbyterian St. Luke’s Hospital. Three years later, Earles opened a private practice in Chicago’s Bronzeville neighborhood. In 1976, Earles attended a course in hair transplantation in Arkansas. The following year, he developed his own surgical technique for treating alopecia marginalis, hair loss at the hairline, in African American women. This procedure is called the “Earles’ flap” and revolutionized the field of hair transplantation for black females. This led to his appointment as chairman in the Division of Dermatology at Mount Sinai Hospital in Chicago from 1979 until 1981.

Earles presented his findings of strategies for hair loss management for African American males and females at numerous conferences and magazines including the Journal of the National Medication Association, Ebony, American Academy of Facial Plastic Surgery, Essence, and the Journal of Dermatologic Surgery and Oncology. Earles has served as a consultant for African American personal care lines including SoftSheen-Carson and Fashion Fair Cosmetics. This early work helped prepare Earles to launch his own skin and hair product line, Dr. Earles, in which he has received two United States patents for an anti-dandruff formula and the process by which it is made. The company, Dr. Earles, LLC, is operated by his son, Robert Earles.

Earles is a member of multiple professional organizations including the National Medication Association, the American Academy of Dermatology, and the Chicago Dermatologic Society. He was named by Black Enterprise magazine as one of the top African American physicians. Earles has twenty thousand active patients and has treated over two hundred thousand people in the course of a forty-year career.

See how Dr. Rene Martin Earles is related to other HistoryMakers
Click Here To Explore The Archive Today!