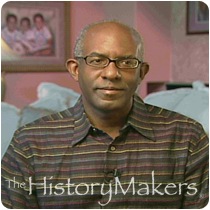 See how Dr. Paul Underwood, Jr. is related to other HistoryMakers
Donate Now

Cardiologist Dr. Paul L. Underwood, Jr., was born on March 23, 1960 in Knoxville, Tennessee. After Underwood graduated from Austin-East High School in 1976, he received his B.S. degree in biology at Morehouse College with departmental honors and his M.D. degree from the Mayo Graduate School of Medicine in Rochester, Minnesota. Underwood completed his post graduate training at the Henry Ford Hospital in Detroit, Michigan, the Cleveland Clinic Foundation and the Iowa Heart Center.

In 1987, Underwood began working at St. Croix Hospital in the U.S. Virgin Islands. During his three year stay there, Underwood eventually became the Director of the Emergency Department and Intensive Care Unit for the hospital. He also became the Physician Advisor for the Peer Review Organization at the Virgin Islands Medical Institute.

In 1997, Underwood acted as a consultant among a sixteen member multidisciplinary medical team that traveled to Dakar, Senegal to provide cardiovascular medical care for the community. The venture, Project MEDHELP, led by Albert F. Olivier, consisted of cardiothoracic and general surgeons, anesthesiologists, cardiologists, internists, public health experts, dermatologists and gynecologists.

In 2004, Underwood was appointed as the tenth president of the Association of Black Cardiologists, where he served until 2006. Under Underwood’s leadership, the organization developed various community based programs including Changing Health Outcomes by Improving Cardiovascular Education and Screenings (CHOICES), and the Center for Continuing Education and Professional Development (CCEPD), which is ranked in the top five percent of accredited providers. Underwood also developed Project Hope, a project that provided Hurricane Katrina evacuees with medical care and refurbished medical records.

Also in 2004, Underwood led the Association of Black Cardiologists to manage and unveil the results of the African American Heart Failure Trial (A-HeFT), the first study conducted in a heart failure population in which all of the participants identified themselves as black. The results of the study led to the production of the drug, BiDil, the first ever heart medication specifically geared towards African Americans—the racial demographic with the highest percentage of heart disease.

In 2006, Underwood joined the North Phoenix Heart Center, before joining his wife at Sonoran Health Specialists in Scottsdale, Arizona. Underwood serves on several boards and organizations including the Black Board of Directors Project and the Use of Force Disciplinary Review Board of the Phoenix Police Department.

Underwood lives with his wife, Dr. Hollis Underwood, a physician in private practice, and their three sons, in Scottsdale, Arizona.

Underwood was interviewed by The HistoryMakers on July 14, 2007.

See how Dr. Paul Underwood, Jr. is related to other HistoryMakers
Donate Now
Click Here To Explore The Archive Today!