Information about Dr. Lovell A. Jones 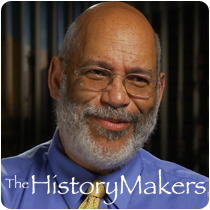 See how Dr. Lovell A. Jones is related to other HistoryMakers
Donate Now

Molecular endocrinologist Lovell A. Jones was born January 12, 1949 in Baton Rouge, Louisiana. He attended the University of California, Berkeley where he received his Ph.D. degree in the field of zoology, with an emphasis on endocrinology and tumor biology. Upon completing his Ph.D., Jones worked as a post-doctoral fellow/instructor in the department of physiology and obstetrics, gynecology & reproductive sciences at the University of California Medical Center at San Francisco.

In 1980, Jones joined the University of Texas M.D. Anderson Cancer Center as an assistant professor in the department of gynecology and biochemistry, where he has served for over thirty years. As the first African American to be hired in the basic/behavioral sciences, he rose through the ranks to a tenured full professor. During his tenure, he focused on the role of steroid hormones in reproductive cancers and health disparities that exist in minority and medically underserved populations. Jones served as founder of the Biennial Symposium Series: Minorities, the Medically Underserved & Cancer and co-founder of the Intercultural Cancer Council. He has served as director and co-principal investigator of the National Black Leadership Initiative, the first major minority outreach project sponsored by the National Cancer Institute. In 2000, Jones was named the first director of M.D. Anderson’s Congressionally Mandated Center for Research on Minority Health (CRMH). In 2011, he assumed the positions of research professor of social work at the University of Houston and director of the joint Dorothy I. Height Center for Health Equity & Evaluation Research (DH CHEER).

In retirement Jones is continuing his efforts to address the issue of health disparities and mentor the next generation.

See how Dr. Lovell A. Jones is related to other HistoryMakers
Donate Now
Click Here To Explore The Archive Today!