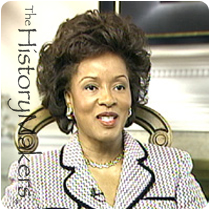 See how Dr. Lillian M. Beard is related to other HistoryMakers
Donate Now

Pediatrician, author and civic leader Dr. Lillian McLean Beard was born Lillian McLean in Brooklyn, New York. Beard attended P.S. 67, graduated from Brooklyn’s Midwood High School in 1961 and went on to Howard University, where she was mentored by Dr. Ruth Lloyd. In 1965, Beard graduated with a B.S. from Howard University and received her M.D. from Howard University College of Medicine in 1970. Completing her pediatric internship and residency at Children’s Hospital National Medical Center in 1973, Beard worked as a Community Pediatrics Fellow sponsored by the Program for Learning Studies and the Comprehensive Health Care Program of the Child Health and Development Department at George Washington University. Between 1973 and 2000, Beard received eight Physician Recognition Awards from the American Medical Association.

As a practicing pediatrician in Silver Spring, Maryland, Beard works as an associate clinical professor of pediatrics at George Washington School of Medicine and Health Sciences and an assistant professor at Howard University College of Medicine. As a fellow of the American Academy of Pediatrics, Beard has held a number of leadership positions with the American Academy of Pediatrics, the National Medical Association and the American Medical Women’s Association.

Sought after by the media, Beard serves as a medical expert for ABC TV-7 and Newschannel 8, as well as a contributing editor to Good Housekeeping Magazine. She writes a monthly “Ask Dr. Beard” column. Her recently published Salt In Your Sock and Other Tried-and-True Home Remedies features medically sound holistic treatments for a variety of ailments. A member of the National Medical Association Hall of Fame, and one of the Washingtonian Magazine’s “Top Doctors”, Beard lives in Maryland with her husband, Judge DeLawrence Beard. She is profiled in the 1998 Women of Courage, Volume II.

See how Dr. Lillian M. Beard is related to other HistoryMakers
Donate Now
Click Here To Explore The Archive Today!