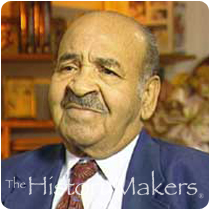 Duke's education was interrupted by military service. After high school, he entered the Army, serving from November 1943 to April 1946, advancing to the rank of sergeant. During World War II, Duke saw action in the Pacific Theater, and served during the Battle of Iwo Jima. At war's end, Duke returned home to Washington to resume his studies.

In his youth Duke had planned to become a doctor. He studied zoology at Howard University with the intention of going into medicine, and received his B.S. in 1950. After earning his M.D. from Howard in 1957, Duke began his forty-one-year career in general medicine. From 1959 to 1962 he was a medical officer attached to Fort Meade. He later was on the staff at Walter Reed General Hospital for sixteen years, and concurrently launched his own private practice, which he maintained for thirty-eight years until his retirement in 1998.

Duke was an active member of the National Medical Association for more than forty years, and belonged to the Pro-Duffers, a golf club, for more than twenty years. In 1957, Duke married Dolores Douglass. They have two adult children, Leslie Jr. and Lori. The Dukes lived in Silver Spring, Maryland, prior to his death on January 21, 2007.