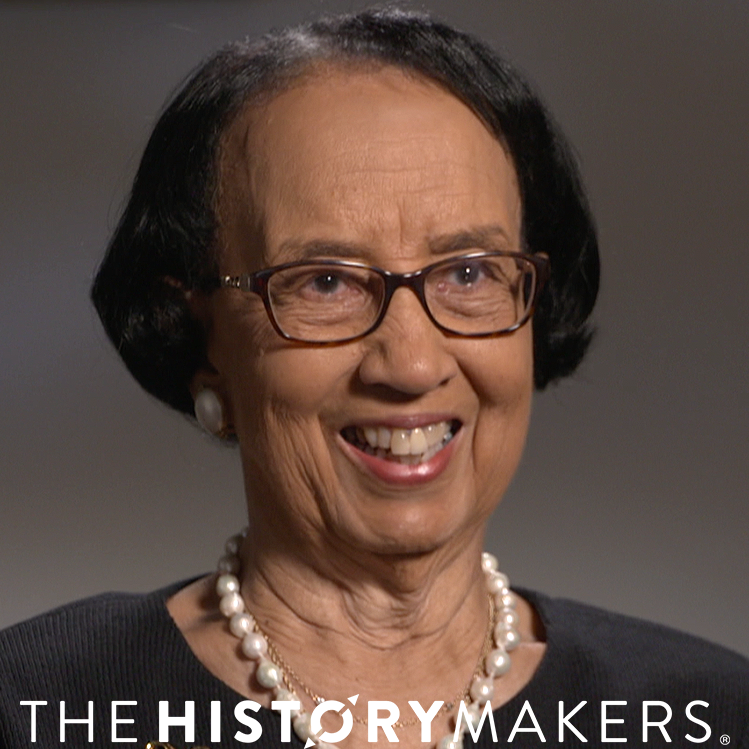 See how Dr. Jeanne Craig Sinkford is related to other HistoryMakers

Academic administrator and educator Jeanne Craig Sinkford was born on January 30, 1933 in Washington, D.C. to Richard and Geneva Craig. She graduated from Dunbar High School in 1949, and earned her B.S. degree in psychology and chemistry from Howard University in 1953. In 1958, Sinkford graduated at the top of her class with a D.D.S. degree in dental surgery from the Howard University College of Dentistry. She then taught prosthodontics at Howard’s College of Dentistry before graduating from Northwestern University School of Dentistry with her M.S. degree in 1962, and her Ph.D. in physiology in 1963, making her the first female prosthodontist with a Ph.D.

Sinkford remained at the Northwestern University School of Dentistry to teach for a year before returning to the Howard University College of Dentistry in 1964 to chair the prosthodontics department, which was the largest department at the college. She was the first woman head of such a department in the nation. Sinkford was made associate dean of the College of Dentistry in 1967. In 1972, she was appointed to a nine-member ad hoc advisory panel examining the ethics of the 1932 Tuskegee Syphilis Study. Sinkford became the first female dean of any dental school in the nation in 1975 upon being appointed dean of Howard University’s College of Dentistry. In 1979, she coauthored Profile of the Negro in American Dentistry with Foster Kidd, D.D.S. Sinkford retired as dean in 1991 after sixteen years. That same year, she became professor and dean emeritus, and was appointed director of the Office of Women and Minority Affairs at the American Dental Education Association (ADEA) in Washington, D.C. In 2015, Sinkford became a senior scholar-in-residence with ADEA, her work focusing on recruitment and promoting growth of minority and women students and faculty. She also founded international women's leadership programming for women's health and oral health of the world population.

Sinkford holds memberships in the American Prosthodontic Society, the International Association of Dental Research, the National Dental Association, the Institute of Medicine, the National Academy of Sciences, Phi Beta Kappa, and Alpha Kappa Alpha Sorority. She also serves as an American College of Dentists and International College of Dentists fellow.

Sinkford’s numerous awards include Alumni Achievement Awards from Northwestern University and Howard University in 1970 and 1976, one of the first Candace Awards from the National Coalition of 100 Black Women in 1982, the 1984 Award of Merit from the American Fund for Dental Health, the 2007 Trailblazer Award from the National Dental Association, and the 2010 Fauchard Gold Medal. She also earned honorary doctorate degrees from Georgetown University School of Dentistry in 1978, the University of Medicine and Dentistry in New Jersey in 1992, Meharry Medical College in 2008, the University of Michigan in 2018, and Howard University in 2019.

Jeanne Craig Sinkford was interviewed by The HistoryMakers on September 26, 2019.

See how Dr. Jeanne Craig Sinkford is related to other HistoryMakers