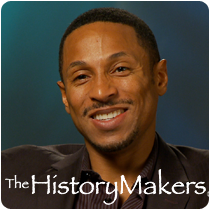 See how Dr. Jayfus Doswell is related to other HistoryMakers

Entrepreneur Jayfus Tucker Doswell was born in Baltimore, Maryland in 1979. His mother, Brenda Tucker Doswell, was an educator and entrepreneur; his father, Ronald Jayfus Doswell, a social worker and historian. As a child, Doswell attended Baltimore City Public schools and enjoyed playing classical piano and violin in the Baltimore Youth Orchestra and competing in Tae-Kwon-Do and Kung-Fu tournaments. In 1995, Doswell graduated from Oberlin College with his B.A. degrees in psychology and computer science. His B.A. thesis was presented at Williams College in Massachusetts. He went on to earn his M.S. degree in systems and computer management from Howard University in 1998, and his Ph.D. degree in information technology from George Mason University. Doswell contributed his dissertation to to the creation of the IEEE Virtual Instructor Pilot Research Group (VIPRG), where he is co-director.

As early as 1997, Doswell discussed the implications of virtual reality learning technology in Black Issues In Higher Education. While earning his Ph.D. degree at George Mason University, Doswell conceived of Juxtopia, LLC and the Juxtopia Group, Inc., which develop products to integrate into a human’s daily routine and provide services to improve human health and learning. Doswell’s findings have been published in various scientific journals. Doswell has also consulted with different companies and organizations, including Maryland Medical Systems, CompuServe, Lockheed Martin, BearingPoint, Scientific Applications International Corporation, Virtual Logic, TRW and the National Cancer Institute Center for Bioinformatics. He was appointed as the chair of Biotechnology at Sojourner Douglass College, while also developing the biotechnology curriculum for Baltimore City Public Schools. In 2010, Doswell was named distinguished professor at Elizabeth City State University.

Doswell has served as a board member for several organizations such as, the American Public Health Association Health Informatics and Information Technology special interest group and American Telemedicine Association. He is also active in many professional organizations, including the Association of Computing Machinery, the Institute of Electrical and Electronics Engineering, and the National Society of Black Engineers. Doswell has several inventions that are patent pending at the U.S. Patent Office.

Jayfus T. Doswell was interviewed by The HistoryMakers on January 17, 2013.

See how Dr. Jayfus Doswell is related to other HistoryMakers
Click Here To Explore The Archive Today!