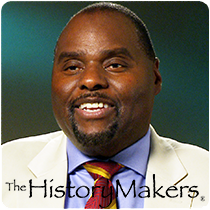 See how Dr. James Rosser, Jr. is related to other HistoryMakers
Donate Now

Hospital chief executive and medical professor James C. Rosser, Jr. was born on September 14, 1954 in Rome, Mississippi. He attended James C. Rosser Elementary school and graduated from Gentry High School in 1971. After briefly attending the University of Florida, Rosser enrolled in the University of Mississippi and graduated from there with his B.A. degree in chemistry and biology in 1974. He received his M.D. degree from the University of Mississippi School of Medicine in 1980. Rosser then completed his surgical residency at Akron General Medical Center where he served as chief resident from 1984 to 1985.

Rosser has given more than 350 invited lectures around the world on topics ranging from education to remote control surgery. He has written over fifty peer-reviewed articles, sixteen chapters in books currently in print, and eleven digital books. He holds two patents and he has been credited with the development of several products and appliances. For his efforts, Dr. Rosser has received numerous recognitions and awards, including the NAACP Living Legend Award in Medicine, the National Role Model Award from Minority Access, Inc., the SAGES Gerald Marks Lifetime Achievement Award, and the Society of Laparoscopic Surgeons’ EXCEL award.

James C. Rosser, Jr. was interviewed by The HistoryMakers on June 4, 2013.

See how Dr. James Rosser, Jr. is related to other HistoryMakers
Donate Now
Click Here To Explore The Archive Today!