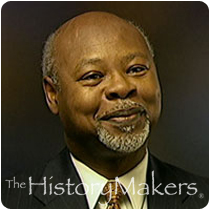 See how Dr. James Gavin, III is related to other HistoryMakers

Gavin's impressive career in the healthcare industry began in 1971, when he went to work as a lieutenant commander in the U.S. Public Health Service, a position he held until 1973. Today, he still serves as a reserve officer. After earning his M.D., Gavin worked as a pathologist at Duke University Hospital. The Washington University School of Medicine hired Gavin in 1979, where he served as an associate professor of medicine until 1986. After Washington University, Gavin went to the University of Oklahoma, where he worked on diabetes research. In 1991, the Howard Hughes Medical Institute (HHMI) hired Gavin as its senior scientific officer, and in 2000, he was promoted to the director of HHMI-National Institutes of Health Research Scholars Program. Morehouse College School of Medicine named Gavin its president in 2002.

Gavin is an active member of numerous organizations, having served as president of the American Diabetes Association and on the editorial board of The American Journal of Physiology. He is a recipient of the Emory University Medal for Distinguished Achievement, the Banting Medal for Distinguished Service from the American Diabetes Association and the Internist of the Year from the National Medical Association. He currently serves on the board of directors of Baxter International and is outspoken in his support of affirmative action. Gavin and his wife of thirty-two years, Annie, have two sons.

See how Dr. James Gavin, III is related to other HistoryMakers
Click Here To Explore The Archive Today!