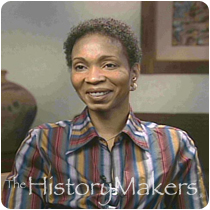 "Injustice Anywhere Is A Threat To Justice Everywhere."

Epidemiologist and public health administrator Dr. Helene D. Gayle was born on August 16, 1955, in Buffalo, New York. The daughter of social worker Marietta Spiller Dabney Gayle and businessman Jacob Astor Gayle, she attended Lancaster, New York’s Court Street Elementary School and Lancaster Middle School. Moving back to Buffalo, Gayle graduated with honors from Woodlawn Junior High School and then from Bennett High School in 1972. Briefly attending Baldwin-Wallace College, she graduated from Barnard College in New York City with her B.S. degree in psychology. Deciding to pursue medicine, Gayle earned her M.D. degree from the University of Pennsylvania, where she served as president of the Student National Medical Association. Gayle went on to earn her Masters of Public Health degree from John Hopkins University. She did her pediatric internship and residency at Children’s Hospital National Medical Center in Washington, D.C.

Gayle was selected to enter the epidemiology training program at Atlanta’s Center for Disease Control (CDC) in 1984. By 2001, she had risen to director of the National Center for HIV, STD and TB Prevention of the CDC. Throughout, Gayle concentrated on the effects of AIDS on children, adolescents and families. In the early 1990s, she began to investigate the global ramifications of the disease and authored numerous reports on the real risk factors involved with AIDS. In so doing, she became one of the foremost experts on the subject, appearing on ABC’s Nightline and other news and information programs. Gayle also served as a medical researcher in the AIDS Division of the U.S. Agency for International Development. Gayle warned about substance abuse and advocated female condoms and vaginal virucides. In 2001, Gayle joined the Bill and Melissa Gates Foundation as director of the HIV, TB and Reproductive Health Program and was responsible for administering its $300 million dollar budget. At the same time, she was named Assistant Surgeon General and Rear Admiral in the United States Public Health Service. In 2006, Gayle was chosen as the new president and CEO of CARE, the international poverty fighting organization.

Gayle is the recipient of many honors, including: the U.S. Public Health Service achievement medal, in 1989; the National Medical Association Scroll of Merit Award, 2002; Barnard College, Columbia University, Barnard Woman of Achievement, 2001 and the Women of Color, Health Science and Technology Awards, Medical Leadership in Industry Award in 2002. Gayle sits on many community boards. She lives in Atlanta, Georgia.