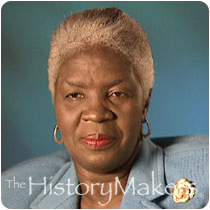 See how Dr. Gloria Jackson Bacon is related to other HistoryMakers
Donate Now

Dr. Gloria Jackson Bacon has made a career out of caring for the health and welfare of those less fortunate. Bacon was born on September 21, 1937, in New Orleans, Louisiana. Her father, Henry Johnson, was a postal clerk and her mother, Vina V. Johnson, was a schoolteacher.

Bacon earned a B.S. from Xavier University in New Orleans in 1958. She moved to Chicago to attend medical school, attending the University of Illinois School of Medicine, graduating in 1962. Bacon did not intend to stay in Chicago for an extended period of time. However, the inner-city patients she saw reminded her of the people she knew growing up in Louisiana.

In 1968, Bacon was fired from a publicly supported medical facility at the Altgeld Gardens' Murray Homes on Chicago's South Side for making her views on the need to improve the meager care provided there known. In response, Bacon opened the Clinic in Altgeld, Inc., a not-for-profit agency offering total health care and serving as the primary medical resource for the Altgeld Gardens area. The facility handles 15,000 patients a year. The center was funded out of her personal savings and Medicaid reimbursement until 1991, when it began to receive federal funding. The clinic has greatly improved the health of Altgeld Gardens community residents. When Bacon first opened the clinic, the infant mortality rate was 50.2 per thousand, in 1990 this number was reduced to 9.2 per thousand. In 2001, Bacon retired as medical director of the clinic.

In 1992, Bacon returned to singing. Singing had played an important role in Bacon's early development. She performed in many recitals and concerts throughout her youth and college years, but the demands of practicing medicine took precedence. She has been a featured soloist at Chicago Orchestra Hall, ETA Theater and numerous churches.

Bacon was interviewed by The HistoryMakers on July 10, 2002.

See how Dr. Gloria Jackson Bacon is related to other HistoryMakers
Donate Now
Click Here To Explore The Archive Today! 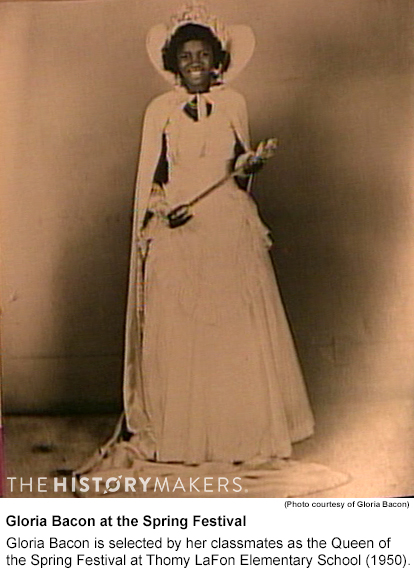 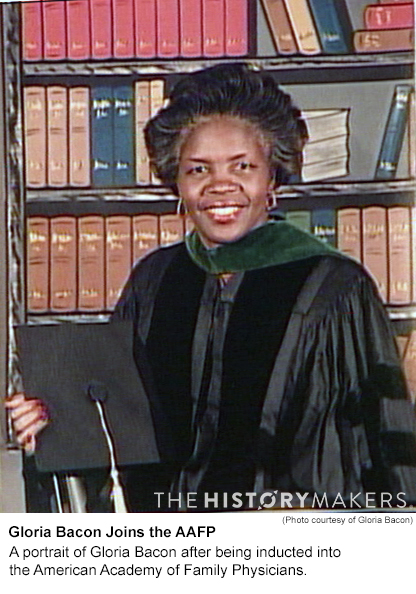