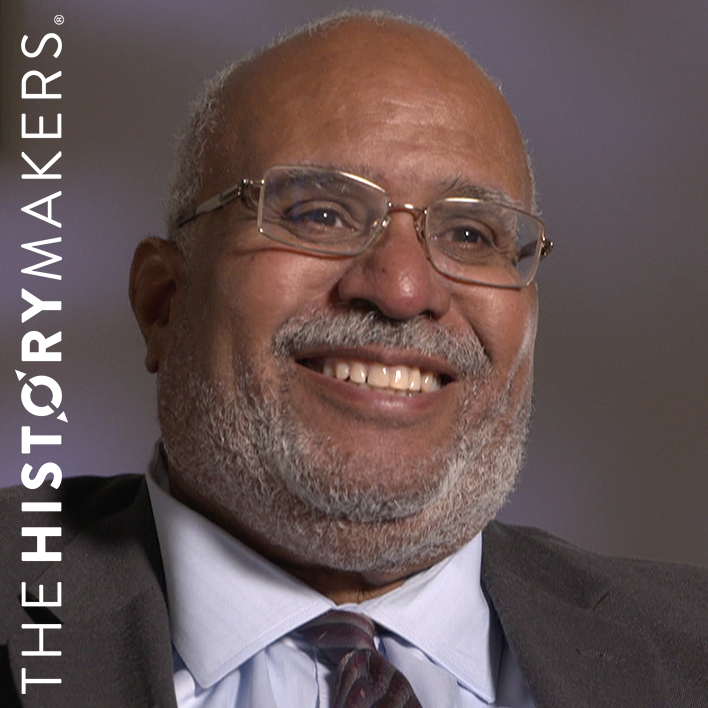 "Never Start A War Until You Count Your Guns"

Healthcare executive Georges C. Benjamin was born on September 28, 1952 in Chicago, Illinois to Tessie and George Benjamin. After graduating from Lindblom Technical High School in 1970, Benjamin received his B.S. degree in biology from Illinois Institute of Technology in 1973. He went on to receive his M.D. degree from the University of Illinois College of Medicine in 1978, and complete his internal medicine residency at Brooke Army Medical Center in 1981.

In 1981, Benjamin joined Madigan Army Medical Center as chief of the Acute Illness Clinic in the department of emergency medicine; and, in 1983, he was reassigned to Walter Reed Army Medical Center as chief of emergency medicine. From 1987 to 1990, Benjamin served as chair of the department of community health and ambulatory care at the District of Columbia General Hospital. From 1990 to 1991, he served as acting commissioner of the District of Columbia Department of Health; and, in this role, he also served as interim director of the District of Columbia Fire Department’s Emergency Ambulance Bureau. From 1991 to 1994 he practiced emergency medicine and worked as a health policy consultant. He returned to the Emergency Ambulance Bureau from 1994 to 1995, serving again as interim director. In 1995, he was appointed deputy secretary of the Maryland Department of Health and Mental Hygiene; and, four years later, he was promoted to secretary of the department. In 2002, Benjamin stepped down as secretary to join the American Public Health Association (APHA) as executive director. In this position, he also served as publisher of the nonprofit's monthly publication, The Nation's Health, the association's official newspaper, and the American Journal of Public Health. Benjamin authored more than 100 scientific articles and book chapters, as well as the book The Quest for Health Reform: A Satirical History, a history of health care reform shown through political cartoons.

In 2001, Benjamin served as president of the Association of State and Territorial Health. In 2016, former President Obama appointed Benjamin to the National Infrastructure Advisory Council. He was a Master of the American College of Physicians, a fellow of the National Academy of Public Administration, a fellow emeritus of the American College of Emergency Physicians, an honorary fellow of the Royal Society of Public Health, and a member of the National Academy of Medicine.

In 1998, Benjamin received the Noble J. Swearingen Award for Excellence in Public Health Administrative Management from the Association of State and Territorial Health Officials. He was named one of the Top 25 Minority Executives in Health Care by Modern Healthcare Magazine in 2008, 2014, and 2016. In 2017, Benjamin received the Hidden Figures of Public Health Award from Black Caucus of Health Workers of the APHA and the Meritorious Achievement Award from the National Medical Association. He also received an honorary Doctor of Science from Meharry Medical School.

Benjamin and his wife, Yvette Benjamin, have two daughters: Stephanie and Kali.

Dr. Georges C. Benjamin was interviewed by The HistoryMakers on September 24, 2019.