Information about Dr. Enrique A. Riggs 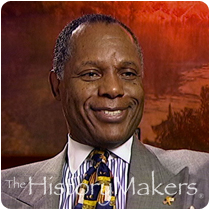 See how Dr. Enrique A. Riggs is related to other HistoryMakers

Harlem dentist and businessman Dr. Enrique A. Riggs was born on June 3, 1943, in Panama City, Panama, to Winifred and Eric Riggs. Riggs is an active member of several civic organizations and the Army Reserve.

After earning his B.A. in psychology from Central State University in Wilberforce, Ohio, Riggs enlisted in the Army Reserve in 1968, rising to the rank of colonel in the Dental Corps. He earned his master's degree in counseling from the State University of New York at Albany in 1971, and in 1978 he received his degree in clinical dentistry from Howard University. Since 1978, Riggs has been in private practice in Harlem at an office he owns with his wife. Riggs was a co-founder in 1983 of the Small Business Stock Exchange of America, providing growing and emerging companies with expansion capital. He earned an M.B.A. in finance from Iona College in 1997 with a certificate in international business.

Since 1995, Riggs has served as a military academy liaison at the U.S. Military Academy at West Point. He is responsible for recruiting cadets from the New York area and minority cadets from the nation at large. Following the World Trade Center attacks on September 11, 2001, Riggs used his professional expertise to examine dental records and help identify victims at Ground Zero. In 2002, the U.S. Army Dental Command appointed Riggs North Atlantic Region Dental Commander in the U.S. Army Reserve.

Riggs has been active in a number of other civic and professional organizations, including the 100 Black Men, the American Association of Securities Dealers and the American Dental Association. He sits on the Boulé Foundation Board. He and his wife, Dr. Carol Morales, were married in 1983 and have one daughter, Myra Christine. Riggs lives with his family in White Plains, New York.

See how Dr. Enrique A. Riggs is related to other HistoryMakers
Click Here To Explore The Archive Today!