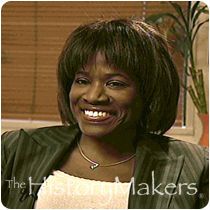 See how Dr. Donna M. Mendes is related to other HistoryMakers

In 1973, Mendes enrolled in Columbia University’s College of Physicians and Surgeons. Mendes chose to study peripheral vascular surgery, which is the treatment of the vessels that branch out of the heart. Mendes graduated the following year and became an intern at St. Luke’s Hospital and a visiting clinical fellow at Columbia University’s College of Physicians and Surgeons. She became a resident at St. Luke’s in 1978, and a surgical resident two years later.

In 1986, Mendes married her husband, Ronald LaMotte, and became the first African American female vascular surgeon certified by the American Board of Surgery. Mendes’ clinical research has focused on the effects of race on vascular disease, and she seeks to discover why peripheral arterial disease (blockages of blood vessels away from the heart) seems to impact African American patients more frequenctly, and with greater severity.

In 1990, Mendes became assistant clinical professor of surgery at Columbia University. She was hired as the chief of St. Luke’s Hospital’s Division of Vascular Surgery in 1993. Five years later, Mendes had become the senior attending surgeon in the Department of Surgery at St. Luke’s, and was hired as the attending vascular surgeon at the Department of Surgery Lenox Hill Hospital in 1999.

Mendes lives in Englewood, New Jersey, with her husband.

Donna M. Mendes was interviewed by The HistoryMakers on March 28, 2007.

See how Dr. Donna M. Mendes is related to other HistoryMakers
Click Here To Explore The Archive Today!