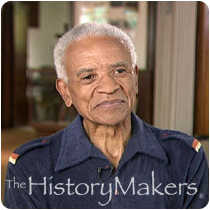 See how Dr. Donald E. Jackson is related to other HistoryMakers

Dr. Donald E. Jackson, Tuskegee Air Cadet and veterinarian, was born August 17, 1926, in Kansas City, Kansas. His father, Roy Jackson was an auto mechanic and his mother was a teacher and later the director of a children's home. As a child, Jackson was surrounded by black role models that inspired him to one day have his own business.

An excellent science student, Jackson graduated from Charles Sumner High School in Kansas City, in 1944, at the height of World War II. He was already enlisted in the Army Reserve Corps and dreamed of becoming a fighter pilot. After Jackson's basic training, he was sent to Tuskegee and there he was taught by some of the heroic veterans of the 99th Pursuit Squadron. He graduated at the close the war, in Class 45H, the last group of Tuskegee Airmen trained. However, due to the Excess Officer Act, Jackson was put on extended leave and allowed to attend college.

At Kansas State University, he earned a doctor of veterinary medicine degree in 1951. Jackson wanted his own practice, although most of the six black veterinarians he knew were employed by the government as meat inspectors. To get started, he assisted Dr. George Bronson in his small animal practice and in 1957; Jackson opened his All Pets Clinic in Wichita, Kansas. This small animal hospital treated cats, dogs and other pets and remained busy until Jackson retired in 2001.

Civic minded and committed to youth, Jackson volunteered for the Boy Scouts of America, serving as a scout leader and a district representative judging eagle scout candidates. Jackson served on the advisory board of Bank IV of Wichita from 1991 to 1996 and was an active tutor to young black males in the Wichita school system. Jackson, who attended classes at Wichita State in Medieval History, was a member of the Oz Bicycle Club and enjoyed cross-country skiing. He lived in Wichita with his wife and children.

See how Dr. Donald E. Jackson is related to other HistoryMakers
Click Here To Explore The Archive Today! 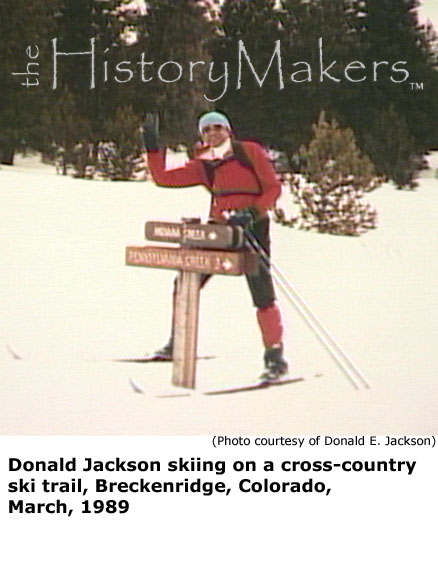 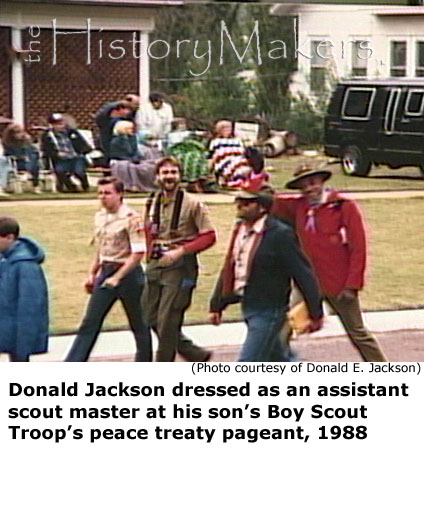