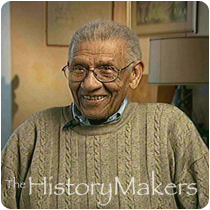 Dentist Daniel A. Collins was born on January 11, 1916, in Darlington, South Carolina. Collins attended elementary school and high school in Darling, South Carolina. Following high school graduation in 1932, Collins attended Paine College in Augusta, Georgia, from which he received his B.S. degree in science in 1936. Collins continued his studies at Meharry Medical College, where he earned his D.D.S. degree in 1941; he later obtained his master’s degree in dental science from the University of San Francisco in 1944.

Prior to moving to California, Collins studied children’s dentistry at the Guggenheim Clinic in New York City. Collins was offered a teaching position in California in 1942, where he became the first black dentist on the faculty of the School of Dental Science at the University of San Francisco; he continued teaching until 1968, when he opened a private practice that included several prominent people. Collins founded the Oral-Facial Consultative Service, which provided constructive surgery for those with facial deformities, and was a co-publisher of the newspaper Reporter. Collins later joined Harcourt Brace Jovanovich, Inc. as Director of the West Coast Division, where he was instrumental in hiring several black authors and staff members; two of his acquisitions were The Black Child in White America, by Andrew Billingsley in 1975, and There is a River by Vincent G. Harding, in 1981.

Throughout his career, Collins was involved in politics both locally and nationally; he helped to establish the National Urban League’s San Francisco Bay Area office, the San Francisco Foundation for Aged Colored People, and the Northern California United Negro College Fund. Collins served on the governing boards of the National Committee for Citizens in Education; Radio Free Europe/Radio Liberty; and the Golden Gate Regional Center. Collins was a member of Governor Pat Brown’s Committee to Study Medical Aid and Health in California; the California State Board of Public Health; the California State Board of Public Education; and the National Advisory Council on Minorities in Engineering.