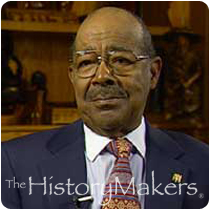 See how Dr. Clinton Warner is related to other HistoryMakers
Donate Now

Warner also became heavily involved in the civil rights movement of the 1960s. He purchased his first home on Fielding Lane in Southwest Atlanta, defying the Berlin Wall-like Peyton Road Barricades erected in 1962 by Mayor Ivan Allen, Jr. to segregate the community. Warner's act of resistance initiated a campaign for fair housing that opened housing in Southwest Atlanta to African Americans. Warner was also a plaintiff in a 1963 lawsuit that desegregated Emory University and the Fulton County Medical and Dental Society. As the civil rights movement gained momentum, Warner contributed medical and financial services to student activists and was jailed twice in hotel protests in Atlanta. In 1967, he founded the first minority medical surgical group, the Atlanta Surgical Professional Association.

An active member of several medical and civic organizations, Warner has been recognized several times for his contributions to medicine and the community. He served as honorary co-chairman of the Medical Support Group for the 1996 Olympic Games in Atlanta, and serves on the board of trustees of Morehouse College. Warner retired from medicine in 1996. He and his wife, Sally Johnson, have one son, Clinton E. Warner, III, and live in Atlanta.

See how Dr. Clinton Warner is related to other HistoryMakers
Donate Now
Click Here To Explore The Archive Today!