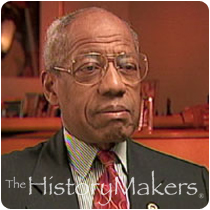 Medical pioneer and educator Dr. Charles Harry Epps, Jr., was born on July 24, 1930, in Baltimore, Maryland. Epps attended Baltimore's Frederick Douglass High School; during his senior year, he was class president and valedictorian. While still in high school, Epps was also selected to be a delegate of the Maryland State Boys Senate, where he introduced legislation calling for the elimination of segregation of the state’s public transportation, which the State Boys Senate passed.

After his honorable discharge from the Army in 1962, Epps returned to Howard University to become a member of the College of Medicine faculty, and began a successful private practice.

At the age of thirty-three, Epps was appointed chief of the Division of Orthopedic Surgery at Howard. During his tenure as chief and professor, Epps trained more African American men and women in orthopedic surgery than anyone in the world. Epps also served Howard in various other capacities, including dean of the College of Medicine; vice president for health affairs; acting CEO of Howard Hospital; and special assistant to the president for health affairs.

Epps retired from Howard University in 2001. Throughout the course of his career, Epps contributed more than seventy publications and thirty book chapters, in addition to giving numerous lectures and scientific presentations. Epps also served in a variety of professional organizations, including the American Orthopedic Association, where he was its first African American member, and later its president. Epps and his wife, renowned doctor Roselyn Payne Epps, raised four children.